Finding those invisible underground infrastructures is a daunting task for even the most experienced locate technician. You know those markings you see on the ground, sidewalks, and streets that tells you where a buried gas line, water line, or power line might be; and the sign telling people to call before they dig. They are indications that there is an excavation project in process.

Some of the most challenging buried infrastructures to locate in most states are telecommunications facilities. Trying to grasp the geographic expanse of the data centers, microwave towers, and the millions of miles of cables that make up the internet, these cables can be hard to find and are easy to ignore. While few companies will identify the locations of their data centers, telecommunications firms are legally obligated to mark or otherwise identify the locations of their facilities using the APWA approved color code. This makes it easy for the excavator to avoid.

Today, much of our municipal and state-level locating is contracted to third-party locating firms – probably up to 60 percent. There have always been private locating companies, usually with a small number of employees, called to locate facilities that are normally owned by large utility companies. During the late 1980s, the number of small locating firms gained momentum, taking on a larger share of the industry and growing larger through 2005.

“I was told repeatedly by locate technicians to ‘never trust only a map’ due to the lack of updates on a consistent basis. Maps can be inaccurate, making it time consuming to complete the job.” 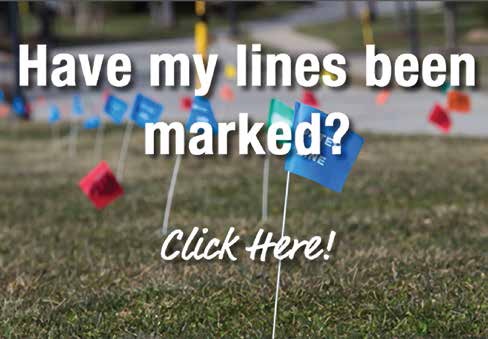 The shift to hire private locating firms became more practical for larger utility companies who were looking to improve efficiency. Sending only one locate technician to a jobsite instead of sending several made more sense economically. With rights-of-way becoming increasingly overcrowded with buried facilities, maps became less effective as locating tools.

Mapping was one of the agreed-upon Best Practices of the 1999 Common Ground Study’s section on utility location. I was told repeatedly by locate technicians to “never trust only a map” due to the lack of updates on a consistent basis. Maps can be inaccurate, making it time consuming to complete the job.

At some point in the implementation of buried infrastructures, it was decided that it might be easier to send a locate technician repeatedly to a jobsite to mark the lines with paint and flags, rather than having accurate, precise, up-to-date mapping records of those facilities. This approach presumably could be less expensive, but surely not as effective.

In a world of emerging technology, it’s become evident that past systems have suggested subterfuge where there might only be incompetence, a master plan where there may only be a missing or outdated map. New technology will expose the system for what it really is: a fragmented system full of lost and abandoned histories. As they appear hard to see, they are impossible to ignore, and are forgotten at a far greater cost.

Terry McLaurin is Liaison Manager with Georgia 811. He can be reached at tmclaurin@Georgia811.com.