The National Association of Tower Erectors (NATE) has played a leading role within the wireless and broadcast industries to facilitate the safe and proper integration of unmanned aerial systems (UAS) into communications tower work. The principal reason, of course, is safety; we estimate that the use of UAS technology can reduce the number of climbs for inspections by one-third.

The breadth of this benefit can be illustrated with a simple statistic. There are hundreds of thousands of communication and broadcast towers, some approaching 2,000 feet in height, throughout the United States that will have to be inspected, serviced and maintained for the rest of their service life. Reducing climbs required for tower inspections is a no-brainer, and doing so through the use of UAS will not result in any loss of jobs; rather, it will actually promote tower work.

Over the last several years, NATE, a non-profit trade organization consisting of more than 800 member companies that construct, service and maintain communications infrastructure throughout the United States and nine other countries, has had meaningful discussions regarding the commercial use of drones on Capitol Hill as well as with Federal Aviation Administration officials, the White House Office of Information and Regulatory Affairs, the White House Office of Science and Technology Policy, the National Telecommunications and Information Administration, and key industry and interest groups. 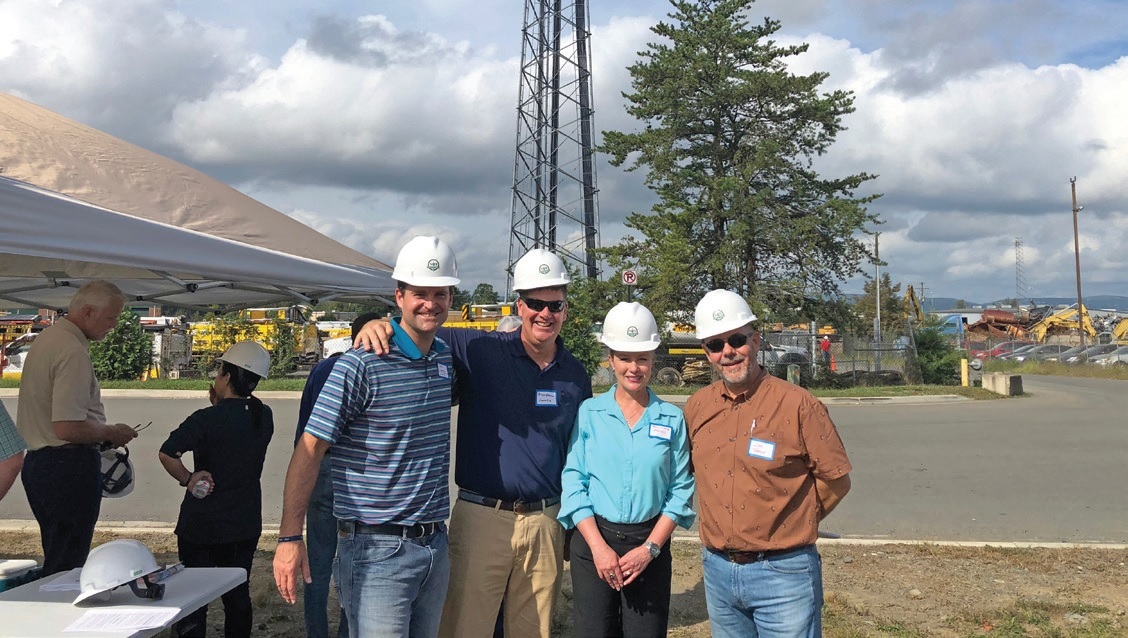 We also met with the Occupational Safety and Health Administration (OSHA) and the Federal Communications Commission (FCC). There was some question as to why we should meet with those two agencies, as neither had jurisdiction over drone issues. We believed that OSHA would be interested because of the reduced risk to our workers and the FCC would be interested because tower work would be facilitated and expedited. As it turned out, they were both interested and intrigued.

While we have acknowledged that the act of climbing up or down a tower, oftentimes while the climber is wearing 50-plus pounds of equipment, is inherently risky, we have also advised that minimizing the risk caused by climber fatigue, weather or obstructions is imperative. Couple that risk with significantly greater need for new or modified towers resulting from surging demands for 5G deployment, rural broadband, enhanced public safety requirements stemming from the establishment of the First Responder Network Authority (First- Net) and the broadcast “repack” that will necessitate significant structural work on tall communications towers, and it is easy to understand the substantial challenges that tower technicians are confronting as well as the critical importance of deploying available life-saving techniques. 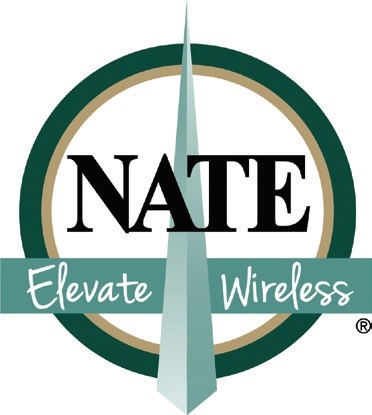 To help guide its members through the maze of regulatory and legal requirements, and to further their awareness of the enormous amount of information available, NATE has undertaken a range of initiatives in the UAS arena. The Association has established a UAS Committee, which is composed of tower contractors, licensed pilots, UAS service provider companies, wireless carriers, tower owner/vertical realtor firms and trainers. NATE unveiled the second edition of the UAS Operations Around Vertical Communication Infrastructure resource document, which is the result of collaboration between the UAS Committee and other prominent representatives from the commercial UAS industry. NATE also produced a UAS Operations Safety Video as part of the Association’s popular Climber Connection Volume 2 series. The UAS Operations Video can be viewed on NATE’s YouTube Channel.

In August of 2018, the Association also hosted a successful inaugural UAS Summit in Detroit, Michigan. The high-level, two-day strategic planning event included focused working groups that helped delineate strategies and priorities for future advocacy; topics addressed included standards, training and key issues to discuss with officials at the FAA and other agencies as well as with congressional offices.

In October of 2018, NATE hosted a UAS Operations Field Day Showcase at a tower site in Gainesville, Virginia. At the event, attendees representing government agencies and industry experienced the unique opportunity to witness live flight demonstrations conducted by prominent drone service provider companies operating in the industry. The many applications and use cases for drones in the wireless industry were showcased in real-time directly from the tower site.

NATE also continues to participate in a variety of UAS-related undertakings. For example, the Association is an active member of the Commercial drone Alliance and works with the Association for Unmanned Vehicle Systems International. Additionally, Association representatives serve on several Unmanned Safety Teams (UAST) working groups under the leadership of the FAA, addressing such topics as injury reduction and improving safety. 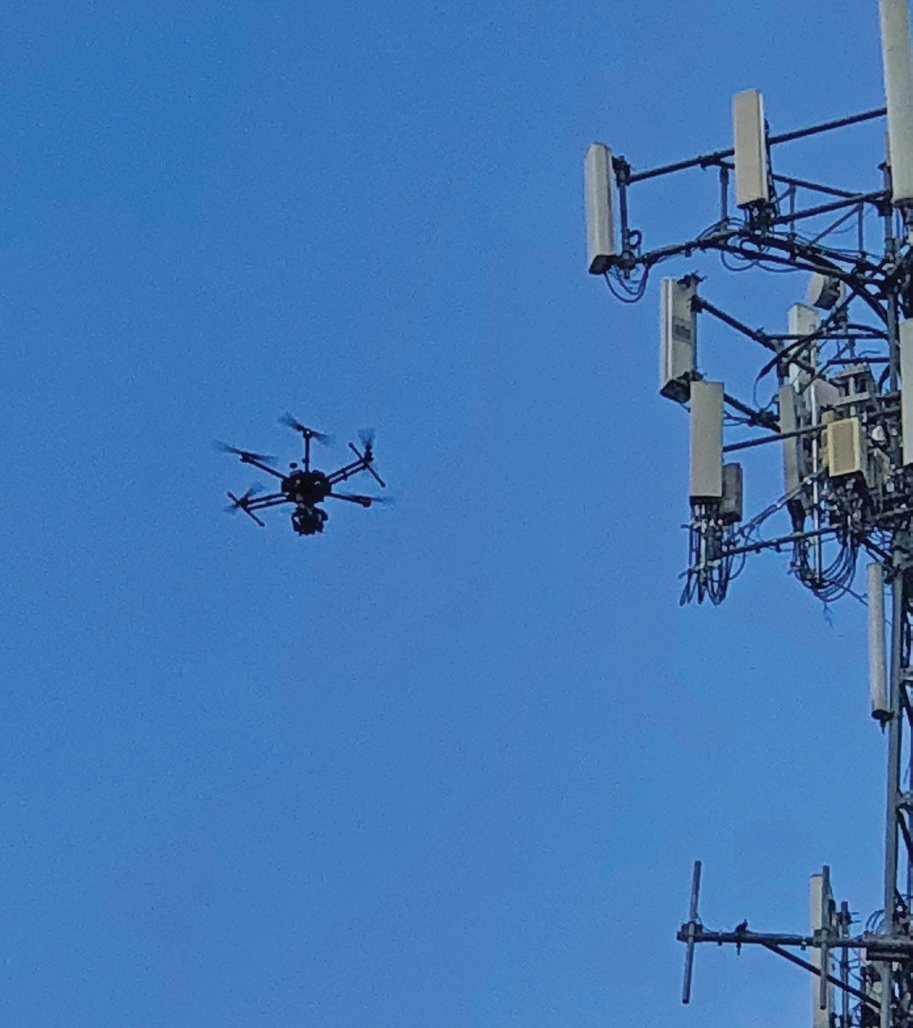 NATE strongly supports the range of UAS-related initiatives advanced by the FAA to enhance air safety, particularly the registration requirements. Additionally, the Association applauds the agency for its efforts to work with parties interested in utilizing UAS for commercial purposes through Part 107. The provisions outlined in Part 107 provide an excellent framework that will help with the safe integration of UAS technology into the communications tower industry.

Of course, there remain a number of issues that must be addressed by regulatory and/or legislative entities. For example, additional antennas are being placed on existing towers, utility structures, light poles and rooftops, which means that it is essential that the FAA and the Office of Management and Budget provide sufficient flexibility in the rules to permit work to be done in a safe and reasonable fashion over people.

One important issue that was appropriately resolved recently dealt with non-commercial users. NATE recognizes and appreciates the national focus on the commercial use of drones, which of course is our professional interest. However, NATE was an early and vocal proponent of addressing hobbyist or recreational users.

NATE strongly supports the range of UAS-related initiatives advanced by the FAA to enhance air safety, particularly the registration requirements.

We believe that commercial users will be considerably more aware of federal regulations and restrictions than recreational users and were concerned that insufficient knowledge or training could result in an accident that could have a chilling effect on the sale and deployment of UAS for commercial purposes.

Accordingly, NATE enthusiastically supported the FAA Reauthorization Act of 2018 legislation approved by Congress in the fall of 2018. In addition to enhancing safety, modernizing airport infrastructure and improving service for customers, the bill included a comprehensive title designed to promote the safe utilization of unmanned aerial systems and outlined how UAS are to be integrated into the National Airspace System. The bill also contained important safety language NATE championed giving the FAA authority to regulate all UAS, including model aircraft. It also gave authority to the Departments of Homeland Security and Justice to use counter-drone technology.

NATE was gratified that the bill also expressed the sense of Congress that beyond visual line-of-sight operations, nighttime operations and operations over people of UAS “have tremendous potential to enhance both commercial and academic use; spur economic growth and development through innovative applications of this emerging technology; and improve emergency response efforts as it relates to assessing damage to critical infrastructure such as roads, bridges, and utilities, including water and power, ultimately speeding response time.” The bill encouraged the FAA to continue viewing these issues as top priorities.

The bottom line for NATE is that the proper use of unmanned aerial systems can help save lives while promoting productivity in the communications tower industry. NATE heartily endorses the safe deployment of this technology and feels it is unquestionably in the public good.

Todd Schlekeway is Executive Director and Jim Goldwater Director of Legislative & Regulatory Affairs with NATE. They can be reached at todd@natehome.com and JimAuH20@aol.com respectively.