THIS PAST October, a team of missionaries began their travel to Guayaquil, Ecuador. For some, it may have been their first missionary experience, but for retired pastor Richard Dial, it was his 52nd mission to Equador. In 1993, Richard was called to join a construction team that would serve through building a place for the community to receive free medical assistance. Over the past 26 years, missionaries have witnessed events beyond imagination and this trip was no different. 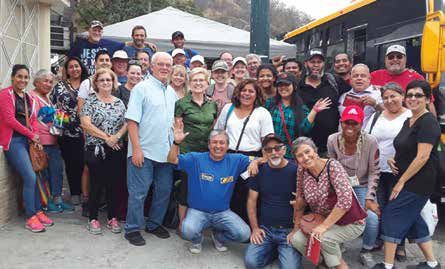 Less than two weeks prior to our departure, Richard received an email from the mission facilitator. The email described a city under duress due to a government- imposed tax increase which resulted in significant inflation for gas and food prices. The mission facilitator cautioned, “There is chaos and disorder in our nation… All cities are paralyzed being affected by food shortages and the high cost of service.” This news did not deter our missionary team. As we began to understand the severity, there were concerns that additional arrangements would need to be made to avoid a risk of exposing our team to crime, but we were more determined than ever to go and serve the community during such a tumultuous time.

Our team left as planned and did not encounter issues. Within ten days, the country had calmed and our entire week was conducted with purpose and true compassion. Over 750 Ecuadorians prayed and opened their lives to accept Jesus Christ as their Lord and Savior. Nearly 300 of them came together as a community to fellowship with each other as a new Church. Considering the struggle and strife their country has endured, we wanted to bring joy and peace. An 82-year-old woman shared that she had lived in that neighborhood her entire life, and this week was the best week she has ever experienced. 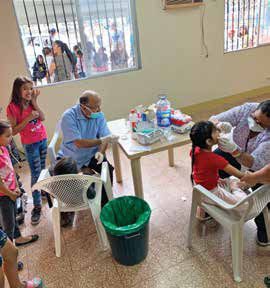 During our trip, Hands of Compassion, a nonprofit organization, arrived as planned for the hundreds of people lining the entire block. Dentists and doctors performed free medical exams, spending hours providing much needed medical care.

I can personally say, serving as a missionary is at the top of my list of the most fulfilling life experiences.

“We must have Global Christians with a global vision because our God is a global God.” – John RW Stott