The Old Saying “What You Can’t See, Can’t Hurt You” Is Not True In Utility Excavation… Especially When It Applies To Cross Bores 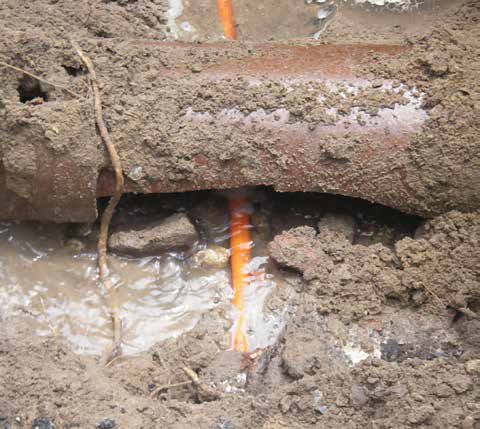 Working outdoors in Minnesota in February isn’t fun, but working indoors is apparently no picnic either. 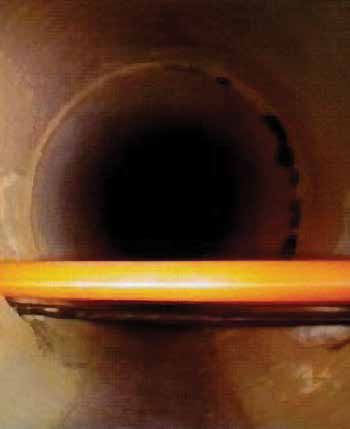 In February of 2010, a contract plumber was snaking out a clogged sewer lateral in St. Paul when his gear made contact with something he wasn’t expecting – a gas line that had been bored through the sewer line. The snake bit in, the gas leaked out, ignited, and a nearby home was destroyed. Fortunately, there were no serious injuries.

The cross bore issue raised its head in the mid-1970s, when horizontal boring came into vogue. While horizontal boring is fast and doesn’t leave a deep gash in a homeowner’s yard, it’s also impossible to see where the bit is going. This can result in sewer lines being bisected by gas lines (or electric, or telecommunications) without the boring operator having any idea something was hit or cut through.

There is a high potential for creating cross bores unless proper locating of existing utilities and verification procedures are used. Horizontal boring operators should treat every dig location as a potential minefield with so-called “legacy” cross bores already existing and awaiting what could be a potentially explosive discovery.

The Cross Bore Safety Association states that in many legacy verification projects in areas suspected of having cross bores, the number of such cross bores per mile of mainline sewer are between two and three.

While flagging or otherwise marking the location of buried facilities prior to a boring is extremely critical, gas operators should also perform a sewer lateral launch inspection before installing new line. The use of a high-res video camera to check the sewer and laterals could possibly pinpoint a previous cross bore. Should a legacy cross bore be found in such a manner, regardless of what type of utility has done the cross bore, a report must be made to 811 to alert others and have it properly repaired.

The old saying, “what you can’t see can’t hurt you” is never true in utility excavation – or any other kind of excavation. That especially applies to cross bores.

Many groups are working to ease the cross bore problem. Here are just a few participating organizations for cross bore safety:

In the end, though, it comes down to what happens in the field. Every precaution must be taken to prevent cross bores… because it’s a minefield out there!

Scott Finley is Manager of Media and Public Relations for Texas811. He can be reached at scottfinley@texas811.org.

PrevPreviousNational Energy Talk: Facing America’s Energy Dreams And Global Economic Realities
NextWhat Is The Role Of “Design Tickets?” And, Do They Really Work?Next