The Hidden Dangers Of Confined Spaces 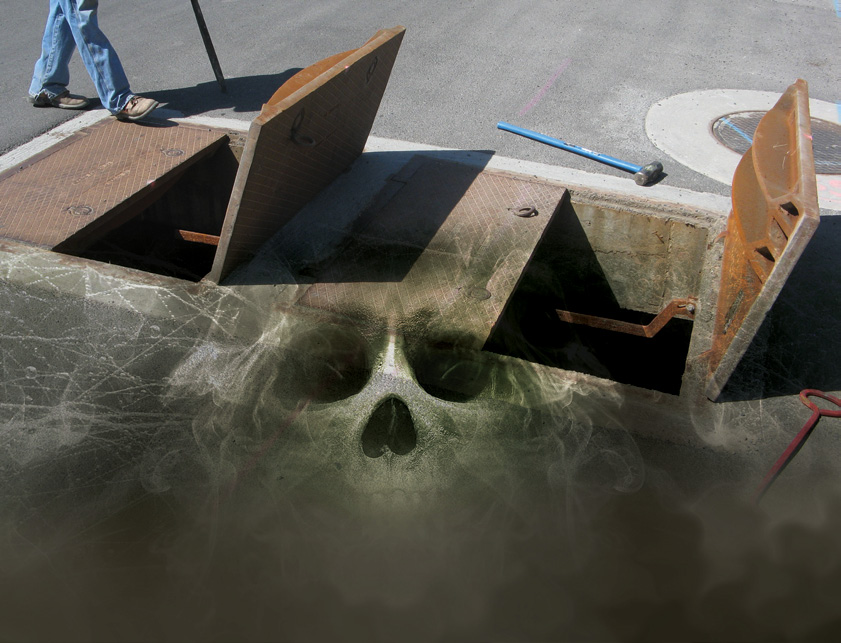 Every year, gas and vapors kill more than 100 workers, 25% of whom are well-intended rescue personnel who entered an unsafe confined space to rescue another person in trouble. Confined spaces are a danger when not ventilated and purged correctly before entry. This danger lurking within many confined spaces is, literally, invisible to the naked eye. Almost every facility owner has some facilities within a confined space and maintenance of those facilities is required. Employees who work within these confined spaces, or even enter them, need to be trained. Thousands and thousands of hours are invested every year to educate, train and prevent confined space fatalities, yet it still happens.

On January 15, 2017, three utility workers died in Florida after entering a confined space without the proper personal protective equipment or gas monitoring equipment. The first man removed a manhole cover and entered the 15-foot-deep drainage hole. When he became unresponsive, the second worker entered with the intention of saving him, but he also lost consciousness. Likewise, a third man climbed into the hole and was overcome by gas. All three workers perished. None were wearing respiratory protective equipment. A fourth worker was treated for exposure and dizziness but survived. During rescue efforts, a firefighter removed his respiratory protection before entering the hole because the equipment made it difficult for him to fit. He was airlifted to the hospital in critical condition. 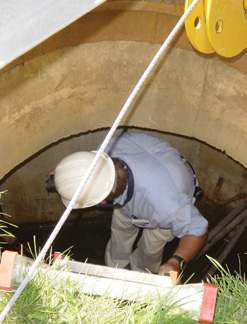 On Oct. 21, 2016, an employee in California entered a drainage shaft to clean out mud and debris. The worker descended only 10 feet into the shaft and was not wearing a self-contained breathing apparatus or personal fall protection. There was not enough oxygen in the shaft to support life and the worker asphyxiated. He lost consciousness due to the oxygen-deficient atmosphere and fell 40 feet, drowning in a foot of water at the bottom of the shaft.

So what constitutes a confined space and contributes to such a deadly situation? Confined spaces can generally be quickly identified when any of these factors are present:

• Poor, or no, natural ventilation

• Structure not designed for continuous occupancy

• Structure has a restricted opening for entry and exit

• Structure has some type of cover

One commonly used procedure to facilitate safe entry during any confined space work is called Ventilating and Purging. This process supplies a steady flow of fresh air into the confined space and displaces harmful vapors, which ensures safe work conditions. Employee safety should always be a company’s primary consideration when dealing with confined spaces.

All confined spaces should be tested, ventilated and purged prior to entry, and continually during the entire duration of the required work being performed. The top three hazards within these spaces are all atmospheric: Oxygen deficiency, flammable or explosive atmosphere, or a toxic atmosphere. The common rule of thumb is to always use a calibrated, OSHA-approved atmospheric gas detector prior to ventilating, which establishes a base point. Always presume every confined space contains at least one of the previously mentioned atmospheric conditions. Emergency responders know the dangers and always set up their own ventilating and purging equipment as well as testing when responding to an emergency situation.

If you ever looked closely at a locator, telephone, sewer and water, or other utility maintenance vehicle, 9 out of 10 times it will have what’s called a life support unit because the employer knows the hazards associated with confined space work and the steps necessary to prevent loss of life. Workers who are properly trained for confined space know what to do. It is usually those workers who never work in confined spaces, and are not aware of the dangers, that fall victim to these unfortunate circumstances. Sadly, sometimes death is the result.

Confined space ventilating and purging is required based on the cubic feet that must be exchanged/ replaced to attain a <10% gas:oxygen ratio. Specific time durations to attain this safe levelis calculated via strict industry standards. Ventilating and purging displaces hazardous vapors from a confined space, which in itself could pose a health threat or cause a dangerous situation for employees performing the required maintenance task. In instances where extremely high levels of gas or hazardous or flammable materials are detected, 911 should always be called. Even when the initial gas test reads zero harmful vapors, experts in confined space always ventilate and purge as it could save a life.

Ventilating and purging is the single most effective way to protect employees from those invisible dangers, including death. Being cognizant of these undetectable dangers within confined spaces saves lives. Always make safety the number one priority when working in or near a confined space. Be safe, test, ventilate and purge and you will live to work another day.