The Growing Role Of Broadband In Utility Damage Prevention 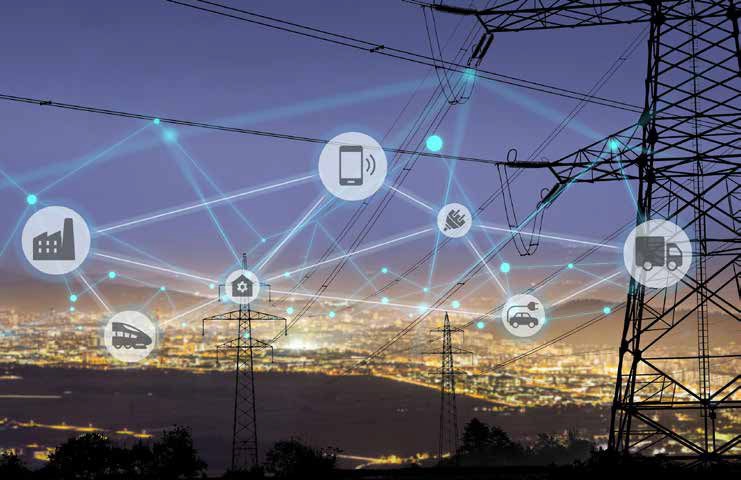 The infrastructure that utilities build and maintain can run the spectrum from convenience for the utility’s customers to critical infrastructure (both for the customers and for national grids). The potential damage to the many components of that infrastructure can come from different sources with varying intent (see chart).

The good news is that there are many tools that have been developed (and even more in development) to help utilities identify and respond to damage from each of these sources. In this article, we will look at some of those tools as examples, but our main focus will be the infrastructure necessary to maximize those tools.

This is important in all utilities, but particularly significant in utilities that are considered critical infrastructure. For example, in an article for Electric Energy Online, authors Rick Shumard and Steve Schneider wrote: “Utility security can be viewed as the integration of national security into the power and electricity sectors. The protection of the largest machine ever designed, built and operated is critical to the quality of life and the economic future of everyone in North America.” This article was written for energy utilities, but the thoughts apply to all utilities.

Security of this critical infrastructure utility is considered so important that the North American Electric Reliability Corporation (NERC) has developed NERC CIP (critical infrastructure projection) 014 Standard for Physical Security. In it, NERC outlines six steps for utilities to take to develop a plan for physical security of the utility. Two key steps in NERC’s 014, as referenced in the article by Shumard and Schneider, are step four (threat and vulnerability assessment) and step five (development and implementation of physical security plan).

What all can and should be included in that plan? That is up to the utility and their unique circumstances. As mentioned previously, there are many tools that have been, and are being, developed to help in damage prevention, diagnostics and repairs.

For example, video is one tool that has evolved and is being deployed more frequently. As with many companies who have developed video technology, SightLogix, Inc. has developed camera systems that combine thermal imaging with video to provide video and intruder alarms. They reference NERC 014 in describing the attributes of their video system. In talking with the company’s technical department for this article, we asked what support infrastructure they recommended that would best support their camera and alert system. They responded that their recommendation is always fiber, if possible, indicating that fiber is the fastest and most secure way to transmit their files.

The further implementation of “smart” technology into energy and utility systems requires near-or real-time connectivity. An example of this technology is smart switches that can be monitored and controlled to help diagnose problems and facilitate self-healing route delivery when necessary. Many of those can either be fiber connected or Wi-Fi controlled. As with video systems, the fastest and most secure way to utilize these types of switches is through fiber. While buried fiber is the most secure, some electric utilities will find the use of their own poles more cost effective.

In an interview with Katie Espeseth of EPB (Electric Power Board of Chattanooga, TN), in a 2011 Broadband Communities Magazine article, she described the power of smart components of their electric infrastructure. “The electric utility itself has achieved $40 million in productivity gains from reducing outages and theft of services. When a series of tornados hit Chattanooga in April 2011, two-thirds of the premises served by the utility lost power, but the fiber-enabled grid identified the outages immediately and rerouted power wherever possible. Soon, the utility will launch an IPTV channel on which customers can view their energy usage and costs.”

The combination of smart switches connected to underground fiber (which avoided tornado damage), enabled the electric system to self-heal. And, she also mentioned theft protection, interaction with customers, etc. as significant advantages along with natural disaster resiliency.

These tools can also be used for leak detection. That can be particularly important in areas that are dealing with water shortages. The smart components can detect variations in use and send alerts. As with the other support infrastructure tools, this communication has to happen over some medium. Again, fiber provides the highest capacity, lowest latency way to transmit this important information.

These are some examples of tools that are part of the support infrastructure to help secure the delivery infrastructure. Most rely on the transmission and exchange of data, which will only grow as communication and control tools are developed and require more data capacity. Because unintentional and intentional sources of damage are predicted to continue to increase and because more tools are being developed to deal with those damage threats, the platform of the exchange of data is becoming increasingly important.

It is also very possible that if you deploy broadband support infrastructure while you work on your delivery infrastructure, you might be able to save substantial costs of the broadband infrastructure. This combined planning can help you have a best-in-breed platform for today’s support tools (and a future-proof platform for coming technologies) and save you deployment costs.

And, if done well, there could also be ways of monetizing excess capacity in the broadband communication and control support platform.

Ken Demlow is a Project Manager for HR Green Fiber and Broadband, LLC, an engineering firm founded in 1913. Ken specializes in utility broadband infrastructure. He can be reached at kdemlow@hrgreen.com or (765)366-8370.

PrevPreviousThe Power Of Putting A Face On Safety
NextSecuring The Grid: Does Your Plan Measure Up?Next