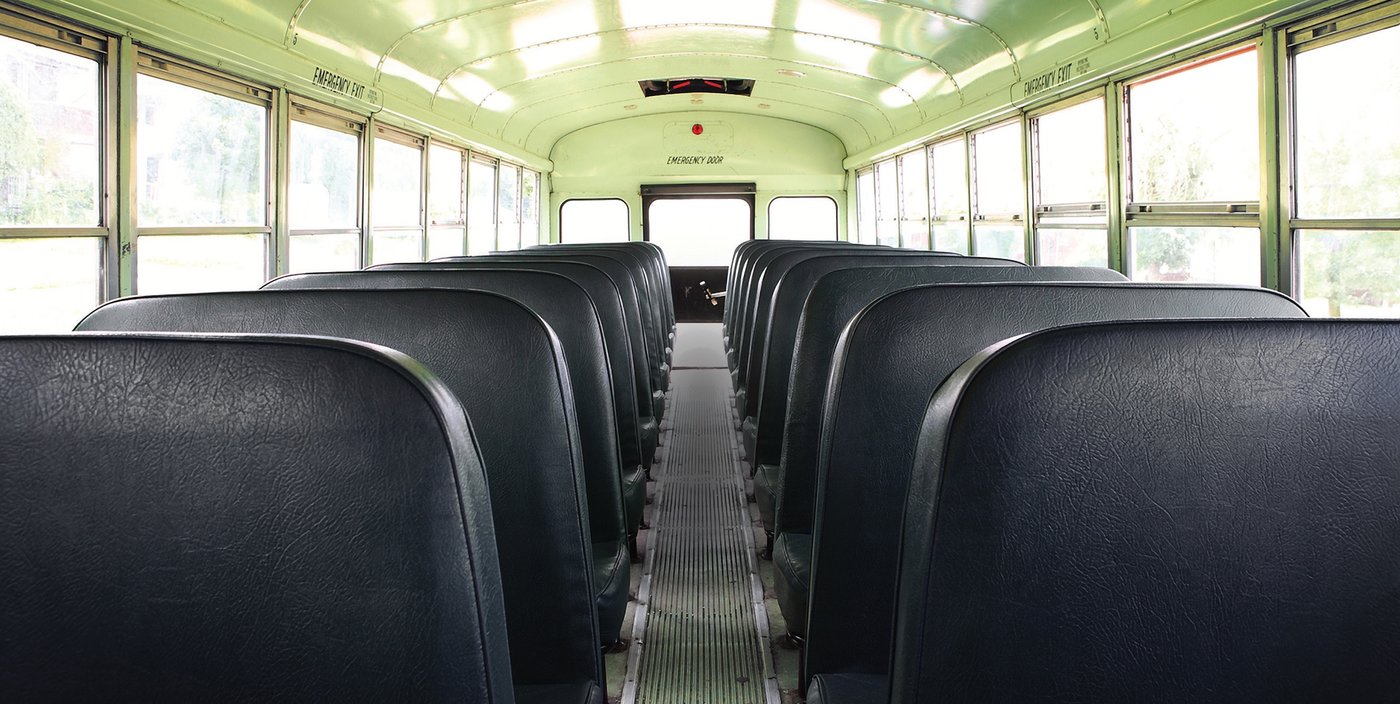 Right now, schools across the nation are focusing on strengthening safety and emergency preparedness so your child or grandchild is safe at school. For many schools and school districts, this involves taking another look at risks, threats and hazards that may be in or around their campuses, increasing training opportunities and methods, enhancing emergency operations plans and, in some cases, even updating the evaluation tools they use to assess it all.

While there is plenty for school safety officials to consider in this comprehensive approach, from the presence of neighborhood graffiti and crime rates to nearby railroads and interstate highways, one thing seems often overlooked and that bothers the Danielle Dawn Smalley Foundation.

The Smalley Foundation, a Texas-based nonprofit organization, has been partnering with the pipeline and utility industry for 20 years to educate stakeholders nationwide about pipeline safety, emergency preparedness and the importance of taking an active role in damage prevention. Among its efforts, the School Pipeline Safety Partnership serves as the largest and longest-running school pipeline safety program of its kind in the nation, targeting high-consequence area schools.

But what if there is a state with so many schools and so many pipelines that a more macro-level approach should be taken? School officials in Texas may be well versed in oil and gas history and accustomed to pipeline and utility markers in the landscape, but things are changing and calling for public awareness to lead the way.

In addition to a booming population, Texas has more pipelines than any other state in the nation, and the state continues to exceed all other states in damages to underground infrastructure, many times over.

According to the U.S. Census Bureau, Texas had the largest population growth in the country over the last year, with an increase of 379,128 people. Since there is no sign of this growth slowing down in the near future, road infrastructure and other related excavation activity will likely continue to increase as well. Among the development, houses and schools are being built and urban sprawl oftentimes results in more people and pipelines co-existing. 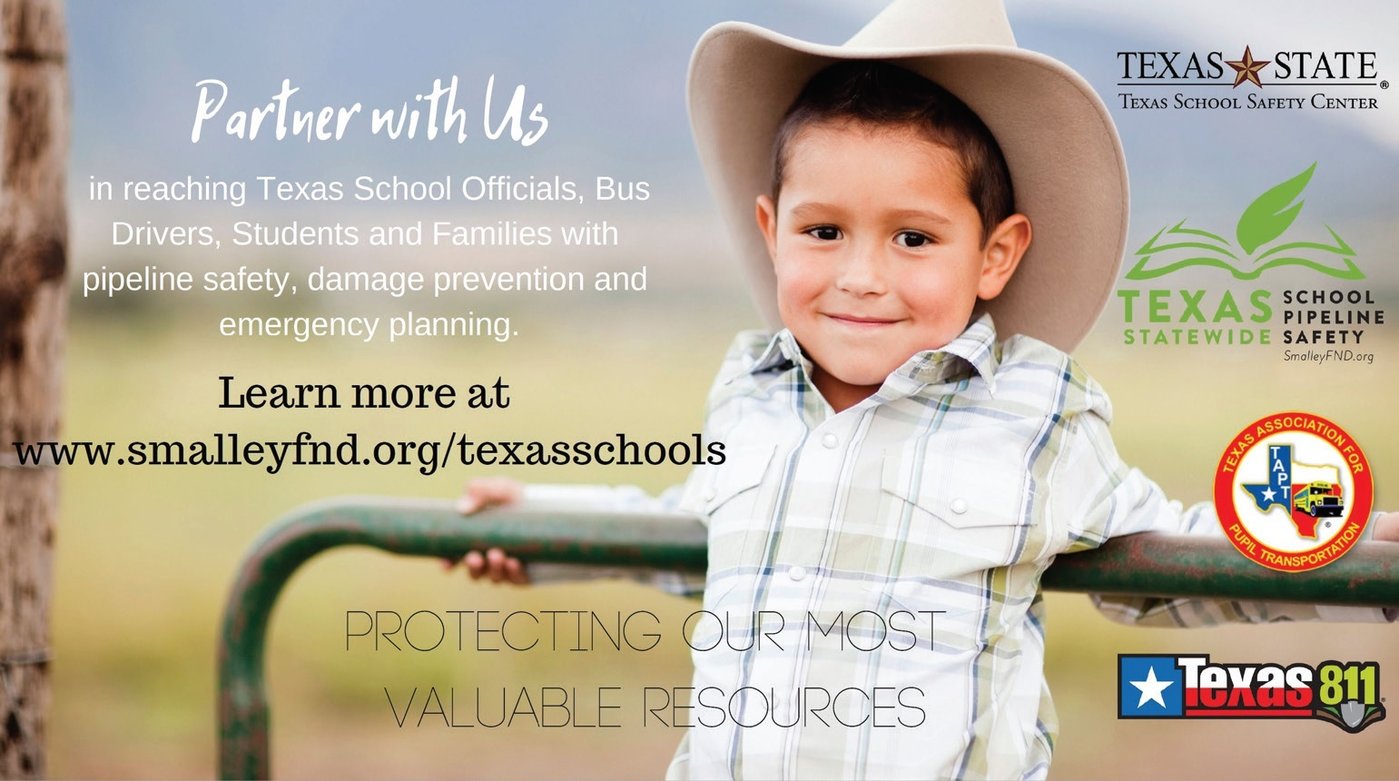 With these dynamics in sight, and a little bit of research to confirm, the Smalley Foundation identified that, in general, schools across the state of Texas were in elevated need of education and resources about underground infrastructure, including pipelines, and that little to no resources existed in the outlets that school officials commonly use to consume and obtain their safety information.

As a result, in 2016, the Texas Statewide School Pipeline Safety effort was developed with a purpose of bringing pipeline safety, emergency preparedness and damage prevention into the mainstream of school safety considerations where it should be.

• What pipeline markers look like and information they provide

• Indications and hazards of a pipeline leak

• How to properly report and respond to a pipeline leak

As pipeline safety messages reach more school officials and school bus drivers across the state, a culture of protecting underground infrastructure from damage expands, pipeline emergencies are prevented, schools are empowered to identify, report, and safely respond to potential pipeline risks or leaks near their facilities or along their bus routes. This approach increases the safety of the environment for students, communities and underground infrastructure.

Instead of approaching schools as an outsider, the Foundation strategically partnered with core school safety providers in Texas that are trusted and already used as a primary resource of in-service training and resources.

These partners include the Texas School Safety Center, which serves as a central location for school safety information by providing schools with research, training, and technical support to help reduce youth violence and promote school safety, and also helps schools create and improve emergency operation plans, and the Texas Association for Pupil Transportation, which promotes safe and efficient pupil transportation for Texas public school districts.

By working with these like-minded organizations, the Texas Statewide School Pipeline Safety effort has been able to use these channels to:

• Speak and/or exhibit at regional workshops and statewide conferences

• Create articles and ads for eNewsletters

In addition to these resources, the effort is responsible for co-developing a Pipeline Annex for texas Schools and has influenced the inclusion of pipelines on a well-known school safety and security audit checklist tool.

As the effort continues to evolve and expand, the Smalley Foundations team receives an increased amount of inquires and request from schools, school districts and regional school service centers across the state to provide training. Small groups and individuals are guided towards regionally-customized, turnkey training resources to deliver internally while also coordinating with large groups for in-person facilitation.

To learn more about this important effort, how you can become a sponsor or how you can help bring it into another state, please visit www.Smalleyfnd.org/texasschools, email info@smalleyfnd.org, or call 972-472-6500.