By the time you read this the summer dig season will be in full swing. With all the early season kinks worked out and ticket volumes stabilized, most technicians and supervisors have settled into a familiar workday rhythm and things are humming along on a kind of autopilot. Everyone is in a groove and teams are performing at a consistently high level, which means that it’s probably about time to start rear-ending people, snapping ankles, and blindly reaching into spaces that probably shouldn’t be reached into. 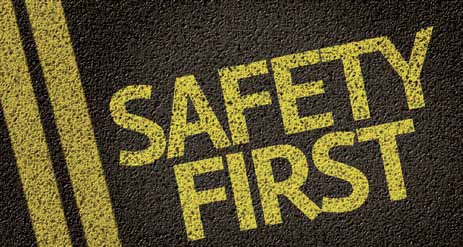 For a couple of years in the middle of my damage prevention career, I had the honor (read “misfortune”) of heading up the safety department at a contract locating company with a national footprint. During the busy season, my email inbox featured a weekly parade of misfortune and each ring of my cellphone brought the threat of another grotesque, if not darkly comical, lost-time injury. One of the worst aspects of any safety director’s job, as anyone who’s been in a similar position could tell you, is regularly and consistently having to answer the questions, “Why would somebody do that?” and “What are you doing to make sure that doesn’t happen again?” To which the real answers are, “Search me.” and “It probably already happened again while you were asking the question.”

Success in the locating business is predicated on three things: Responding to your requests on time, marking the site correctly, and not breaking anything in the process. This includes your vehicle, your body, and anyone else’s vehicle or body. Good luck with that.

We’ve all attended dozens of safety meetings and read hundreds of rules, warnings, and admonishments about our responsibility for safety and the need to always think “Safety First!” on every job. So, if everyone is already really well-informed about how to complete the workday without breaking something, how in the world do we manage to keep our insurance adjusters adjusting everything from mangled fingers to trucks burned completely to the ground?

The answer has three components. First, we tend to get production focused. The countdown clock on every single ticket we touch ticks just a little bit louder than the safety guy speaks. We rush. We skip steps. We feel proud of how much we can get done in a day. Second, we do risky stuff and get away with it – consistently. We text and drive. We don’t look where we’re stepping. We leave our PPE in the truck. Third, we think we’re above the rules. Other people crash. We’re better drivers. Other people trip over curbs. We’re more coordinated than they are. Other people nearly cut their thumbs off skinning fiber cables. We’re smarter than that. Wrong. Wrong. And again, wrong.

Glide through your workday on autopilot, taking little calculated risks over and over again and sooner or later you’ll be the person the safety director is answering questions about. “Why would somebody do that? What are you doing to make sure that doesn’t happen again?” Don’t be that person. Slow down. Watch where you’re walking. Wear your PPE. Follow your locating steps. Drive your truck like a professional. You’re out there all by yourself so you have to be your own safety director.

THE OPINIONS EXPRESSED IN THIS ARTICLE ARE THOSE OF THE AUTHOR . DAMAGE PREVENTION PROFESSIONAL WELCOMES AND ENCOURAGES ARTICLES AND CORRESPONDENCE FROM ALL POINTS OF VIEW .