“And all this science I don’t understand – It’s just my job five days a week…” -Elton John, lyrics to Rocket Man, Honky Chateau, 1972

I’ve been teaching the science of locating for about 20 years now and to be honest, I barely had a handle on it when I started teaching it. I’d proven myself a capable locator in the field and so was asked to help train others. I operated by a fairly short list of rules including the two old standbys: “Direct connect and use low frequency.” Back then, the company I worked for used materials to teach locating theory that were brief and jargon-heavy. It wasn’t until teaching a class one day that I finally had a “eureka” moment and everything made sense. 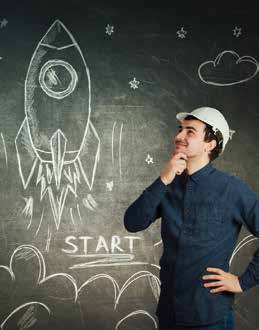 In the years since, I’ve met hundreds of technicians who were extremely capable at their craft but would be ill-equipped to explain the science of what they were doing. They’re the type of people who learn by doing, not by talking about it, and their thousands of hours of hands-on experience have given them a good feel for what to do and what not to do in the field. When asked to teach others how to use the instrument, they say things like, “you’ll feel when your signal’s getting weaker” or “you can kind of tell when you’re on something deep”.

Even though these techs can’t explain the science behind what they’re doing (and can sometimes fall flat on their face trying), they’re extremely capable, safe, and professional in what they do. They’re some of my favorite people to work with, to socialize with, and to call my colleagues and friends. They are the rocket men. In service to them and in this special locating issue, allow me to offer the world’s shortest primer on locating.

Electricity and magnetism are linked. Where electricity is present, magnetism is also present. Transmitters apply an alternating current to a conductor. That current is accompanied by a moving magnetic field we call signal (or tone). Receivers are capable of picking up that signal because of a coil (or coils) that produce a charge when exposed to a moving magnetic field.

Signal can be applied in one of three ways: direct connection, close induction, and induction. Each has strengths and weaknesses. Direct connection is the only method that allows the placement of a low frequency, low power signal. Close induction can be more discriminating than direct connection when multiple facilities are bonded in common (such as in a CATV ped or electric transformer). Induction allows the most flexible use of the transmitter and can be very useful in solving access problems and in steering signals where you need them.

Low frequencies travel further on a target and are less likely to bleed over. They also lack the capacitance (jumping power) to overcome common problems in a locating circuit (such as a poor ground). High frequencies have more capacitance and are, therefore, better at overcoming resistance. They are also easier to detect at the surface. They don’t travel as far and tend to bleed over more easily onto adjacent conductors.

Higher output power will increase tracing distance and can help overcome resistance. It does not cause bleedover to the extent that increasing signal frequency does and is a good step between frequencies. Using the current strength indicator on your receiver can help determine which of two or more signals is most likely the target. The sharp peak mode is the most reliable and user-friendly. Null mode is not good for initial target acquisition. Directional mode is great but can easily become confused in congested areas. Passive modes rely on alternating currents already present on conductors and aren’t as reliable as signals applied by a transmitter. They can be useful for detecting unknowns and for verifying known facilities.

For rocket techs everywhere, I salute you.