Restoring the Power in Puerto Rico 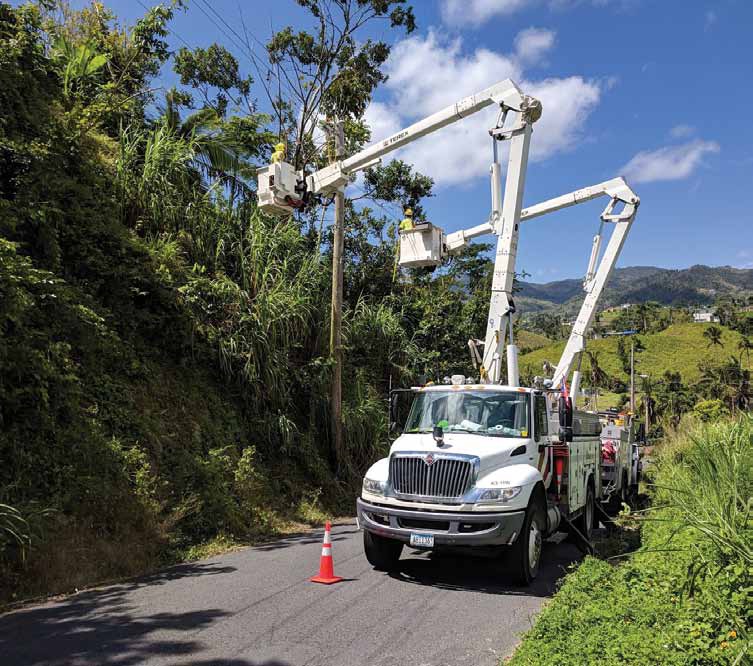 XCEL ENERGY is committed to the communities we serve. They’re the places where we live and work. But our commitments go even farther, stepping up to help our friends and neighbors, both in nearby states and thousands of miles away.

So when the call came in to help restore the power in Puerto Rico following the devastation of Hurricane Maria, there was no hesitation. We sprang into action. Hundreds of workers raised their hands; there was no shortage of volunteers who wanted to get to the island and help get the lights back on. It didn’t matter that Puerto Rico was thousands of miles away.

Before they departed, a lot of work had to be done. Operations leaders needed to figure out logistics, especially how to get the necessary equipment across a body of water – something we’ve never done before.

Xcel Energy teams sent line trucks, pickups, diggers, trailers (about 65 pieces of equipment from Minnesota, Colorado and Texas) to Puerto Rico on a barge from Lake Charles, Louisiana. The equipment arrived on the island in mid- January and the first wave of crews arrived at the end of the month.

The workers came from Minnesota, Wisconsin, North Dakota, South Dakota, Colorado, Texas and New Mexico. Two of the workers, originally from Puerto Rico, were able to help the crews navigate the island, culture and language barriers. Our crews arrived in waves during this two month mission with each wave consisting of about 70 employees that included line workers, management, support, safety and fleet staff. All told, more than 200 Xcel Energy employees played a role in helping restore power in Puerto Rico. The third and final wave of Xcel Energy crews returned home April 2, wrapping up a 63- day power restoration effort on the island.

This effort was unlike any other previous restoration effort our crews have experienced on the mainland. Hurricane Maria caused historic damage to Puerto Rico’s infrastructure, creating logistical challenges and complicating how crews, equipment and materials were mobilized. The severity of damage coupled with geographic challenges made this restoration mission much more difficult. Much of the country’s electrical grid is in rugged, mountainous terrain with little or no road access, and our crews were right in the thick of it. 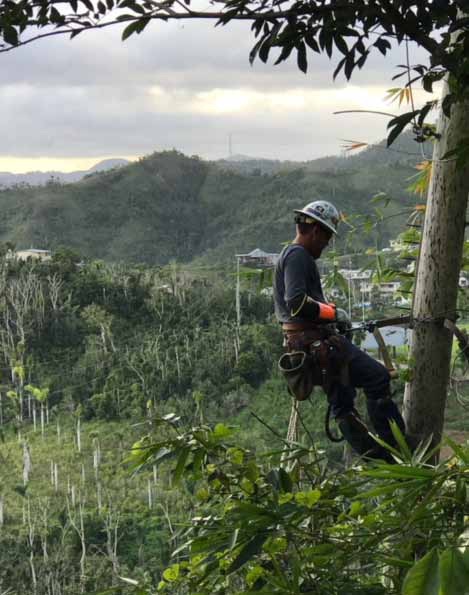 Our crews worked in Caguas, a mountainous and remote region in the southeast area of the island. This is where the storm came inland and the damage was significant. This was also a challenging area of the island to work because of the rugged terrain, narrow roads and overgrown island vegetation. The crews worked with incident management teams that partnered with the Puerto Rico Electric Power Authority (PREPA) on restoration efforts.

Even while working 16-hour days in rugged conditions, with high temperatures and humidity, the crews’ spirits remained high while on the island. Xcel Energy crews turned the electricity back on for approximately 6,000 customers, including homes, schools, community centers, and churches (including one church just before Easter). Workers were overwhelmed by the gratitude they received. The people of Puerto Rico opened their hearts and homes to our crews and gave thanks in many ways, including hugs, cards, music and home-cooked meals.

Xcel Energy leaders also showed gratitude to the crews for their efforts. Ben Fowke, CEO of Xcel Energy, and Larry Crosby, senior vice president of distribution, visited with workers in March to thank them for all they had done and to see the progress first hand. Bob Frenzel, chief financial officer, and Kent Larson, group president, operations, made a similar visit in February.

By the time Xcel Energy crews returned home, power had been restored to nearly 95 percent of all customers across the island who could receive electricity or approximately 1.398 million out of 1.473 million customers. It was truly an honor for Xcel Energy to play a role in restoring power to the people of Puerto Rico.