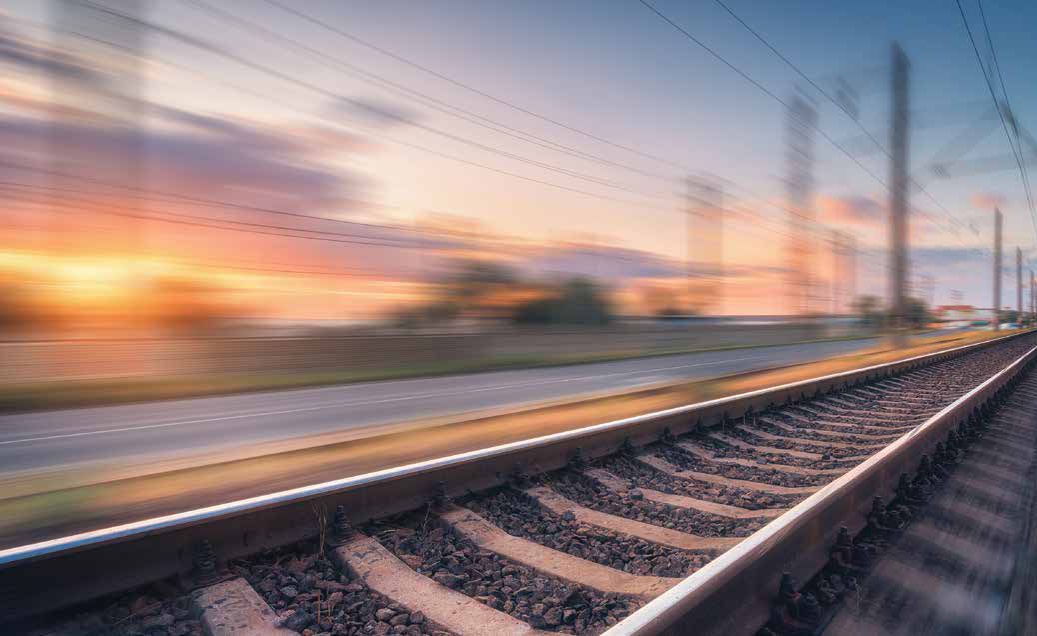 North Carolina Railroad Company (NCRR) owns and manages a 317-mile rail corridor extending through 16 counties and 40 municipalities. NCRR, as one of several railroads in the state, leases the use of the 317-mile corridor to Norfolk Southern, with CSX also running on a portion of the corridor. Both of those railroads also have their own network within the state that NCRR has no authority over. NCRR is the state’s oldest business corporation and remains at the forefront of rail improvements and partnership development to promote jobs and rail-served industry across the state. While the North Carolina Railroad is one piece of a 2,000- mile rail network in North Carolina, it is a crucial asset to the economic prosperity of the state, and it is estimated that it touches nearly a quarter of the state’s economy.

NCRR carries out a corridor management program aimed at protecting that asset. While NCRR does not install, own or operate utilities, it has found that NC811 can be an important tool in protecting our rail corridor.

In 1849, the North Carolina State Legislature granted NCRR a charter to build a rail line from Goldsboro to Charlotte and established a 200-foot-wide corridor. Similar charters and rightsof- way were granted to other railroads, including the Atlantic and North Carolina Railroad, which built the rail line from Goldsboro to Morehead City and was later merged into NCRR.

For nearly a century, management of the railroad by various freight operators placed a low priority on protecting the rail corridor from encroachment, creating conditions within the corridor that now present restrictions on some shipments and make construction more difficult.

The need for NCRR’s corridor management program was evident from that lack of attention given to the corridor over the years. NCRR implemented the program to promote and improve safety, attract economic development opportunities as well as plan for and accommodate freight and/or passenger rail expansion. NC811 offers NCRR tools to ensure the corridor is protected for the best possible future uses.

In 2009, NCRR began participating in North Carolina 811’s Call Before You Dig service. The intent was to gain knowledge of when and where excavation or installation of utilities, or other facilities, might be taking place within the corridor through automated tickets sent to NCRR which act as an extension of our staff’s ability to inspect what is happening on or near the corridor without having to be everywhere, all the time.

NC811 provides utility owners advance notice when excavation is planned near participants’ facilities to prevent damage and ensure the safety of those doing the excavation. NCRR does not have any facilities to mark. Instead, NCRR uses the service to gain knowledge of where excavation may be occurring, determine if the activity may have an adverse impact on the NCRR corridor and, if so, whether it is documented by NCRR’s agreement processes. Any undocumented activity is addressed to prevent possible adverse effect on the corridor or injury to unauthorized entrants.

The information gathered through NC811 has proven to be beneficial in terms of pre-emptive detection of corridor activity. While many activities NCRR is alerted to are only near the corridor boundary, the few that are inside the corridor may not have been noticed in time to stop the activity. With the help of NC811, NCRR can address many activities before they occur and either coordinate to ensure the activities conform to NCRR policies, enter into a license agreement, or prevent the activities altogether. In some cases, NCRR has been able to share resources in the form of survey quality CAD data to help facilitate survey/design requests and designs for utility permit applications. NCRR considers prevention or new license agreements as a success because they may benefit all parties involved from a safety, legal and financial aspect.

Not using the NC811 program carries significant risk of harm from cutting electrical, water or gas lines, but performing work within a rail corridor adds another layer of risk that many do not consider. Having staff and heavy excavation equipment inside the rail corridor is not only dangerous, it is also considered trespassing if the proper permits are not in place.

Freight trains can travel up to 59 miles per hour and passenger trains can hit speeds of up to 79 miles per hour, either of which can present serious risk for work near a railroad. Work to be done inside the rail corridor requires a license agreement, temporary right of entry and proper rail protective insurance; all of which help to ensure the safety of excavation staff and the general public, as well as the structural integrity of the rail corridor.

Any caller planning to perform work near the NCRR rail corridor may be contacted by a NCRR representative if a ticket describes work that impacts the rail corridor. NCRR uses geographic information systems (GIS) in addition to the services provided by NC811 to properly determine that impact, but often requires further information from the caller.

Subcontractors should be aware of proper licensing/permitting procedures prior to completing work near a railroad and inquire if their employer (primary contractor) has the proper permits completed before they put their lives and/or businesses in danger. The NCRR rail corridor is private property and most state and municipal roads that cross the corridor need an agreement to do so. Any utilities placed within a public right-of-way that crosses, runs parallel, or is near the tracks within the 200-foot-wide corridor, needs the appropriate permission. It’s also important to note that Norfolk Southern Railway and CSX, both of which are operating railroads on the NCRR rail corridor, must be contacted to locate their specific facilities within the NCRR corridor, as well as all other rail corridors across the state that they operate and manage.

Positive Response is the component of the 811 service that requires members to respond to each ticket with a standardized code. NC811 provides tools for members to manage the positive response system, but there were no codes that directly apply to railroads or that adequately capture NCRR’s use of the service. In fact, nearly all the existing codes might contradict NCRR’s application of the program and our corridor management policies/procedures.

Railroads are exempt from participating in 811 membership but NC811 members are required by law to participate in positive response. Traditionally, NCRR has only provided positive response to tickets when an excavator: 1) specifically requests it, and/or 2) cannot commence work without it, and NCRR is able to apply an existing code that is appropriate in the situation, usually with additional comment.

Working collaboratively, NC811 and NCRR designed a code that can be adopted by other railroads if desired. Code 45 is automatically applied to every ticket that NCRR receives with an additional comment that includes a link to NCRR’s web site (ncrr.com/corridor-access/811-damage-preventioninformation/) which further explains NCRR’s policies regarding excavation, installation of utilities, survey/design work, etc. within the corridor. NCRR still reviews each ticket and determines if the activity presents any significant impact on the railroad corridor. Since implementing the new Positive Response Code for railroads, NCRR has received encouraging feedback. NCRR attributes this to the successful collaboration with NC811 staff.

The URL provides further information to explain NCRR’s use of the program and what is expected of excavators. Implemented on July 30, 2019, NCRR received just under 5,000 tickets in a six-month period for monitored areas. Web traffic to the supplemental information shared via URL was analyzed during that period and revealed 180 visits to the page yielded 155 new users (86%). The average view was one minute, 13 seconds, which is a reasonable time to read and absorb the information. 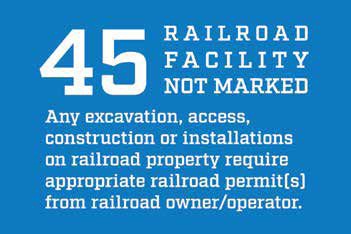 The simple act of investigating possible corridor activity through NC811 has led to successful education and increased awareness regarding the North Carolina Railroad corridor and its policies. This educational aspect will continue as utility owners, subcontractors, land developers, local governments and adjacent property owners continue to utilize NC811. These benefits help NCRR further its mission of protecting the corridor and encouraging safe practices around North Carolina’s railroads.