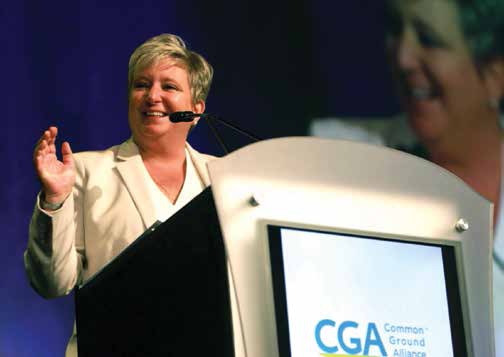 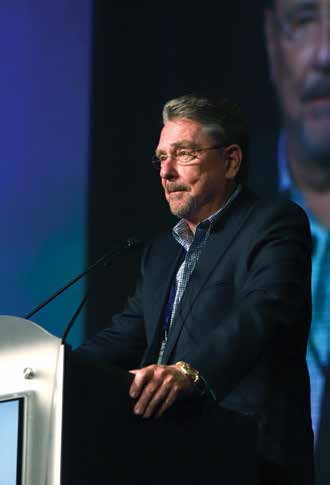 Each year, the Hall of Fame designation is given to CGA members who have served the organization for a long period of time and whose impact has left its mark in a positive and memorable way. This year, CGA was honored to induct Tom Hoff of One Call Concepts, who has generated incredible awareness of 811 through his commissioning of the 811 Bike, 811 Car and 811 Trike – some of which have been included in Discovery Channel programming, and all of which have traveled the country and contributed to grassroots and local media exposure for the national call-before- you-dig phone number. 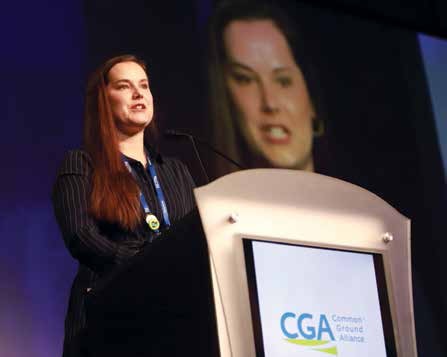 Bob Terjesen of National Grid was honored with this year’s Jim Barron Award in recognition of his dedication to efforts enhancing underground damage prevention. Bob championed and led the Data Reporting & Evaluation Committee through a decade of growth, and was a key actor in the National Grid 811 video that took home the Cannes Corporate Media & TV Award and the 2018 GlobalTrend Video Award. 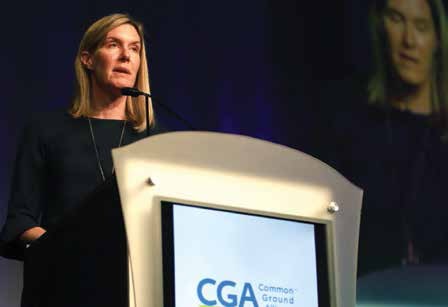 Presented each year to a CGA member whose dedication and service to the organization went above and beyond the call of duty throughout the year, Ann Rushing of North Carolina 811 was presented with this year’s Ron Olitsky Member of the Year Award. Ann is a tireless advocate of damage prevention efforts and was responsible for brokering the partnership that put 811 in more than 2,300 Lowe’s stores across the country.

North Carolina 811 was presented with the 10th annual President’s Corporate Excellence Award by CGA President and CEO Sarah Magruder Lyle. The President’s Award is given annually to a company or organization that has shown leadership and innovation in support of damage prevention during the previous year. By initiating the Lowe’s-811 partnership, North Carolina 811 has played an integral role in bringing the call-before-you-dig message to an important retail setting.

Our thanks go to these outstanding people and organizations for their commitment to shared responsibility in damage prevention. 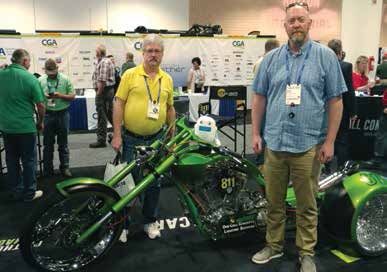 Tony Millikin and Ryan White (Shaw, Canada) posing with their mascot Bot and the 811 Bike.

CGA was excited to announce the winners of the 2018 811 Video Challenge at the CGA 811 Excavation Safety Conference & Expo’s Night of Networking event in Tampa. 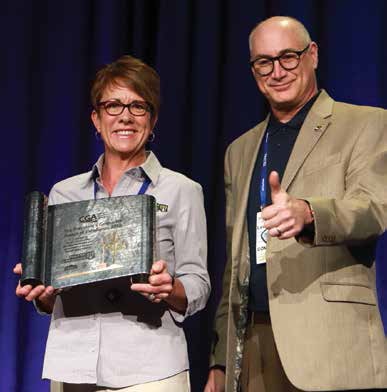 In its third year, the 811 Video Challenge asked CGA members to submit either a newly created or existing short video, which could include public service announcements, social media videos or other great digital video content. Submitted videos featured references to 811 but could also focus on other core CGA programs, like DIRT or Best Practices, for example.