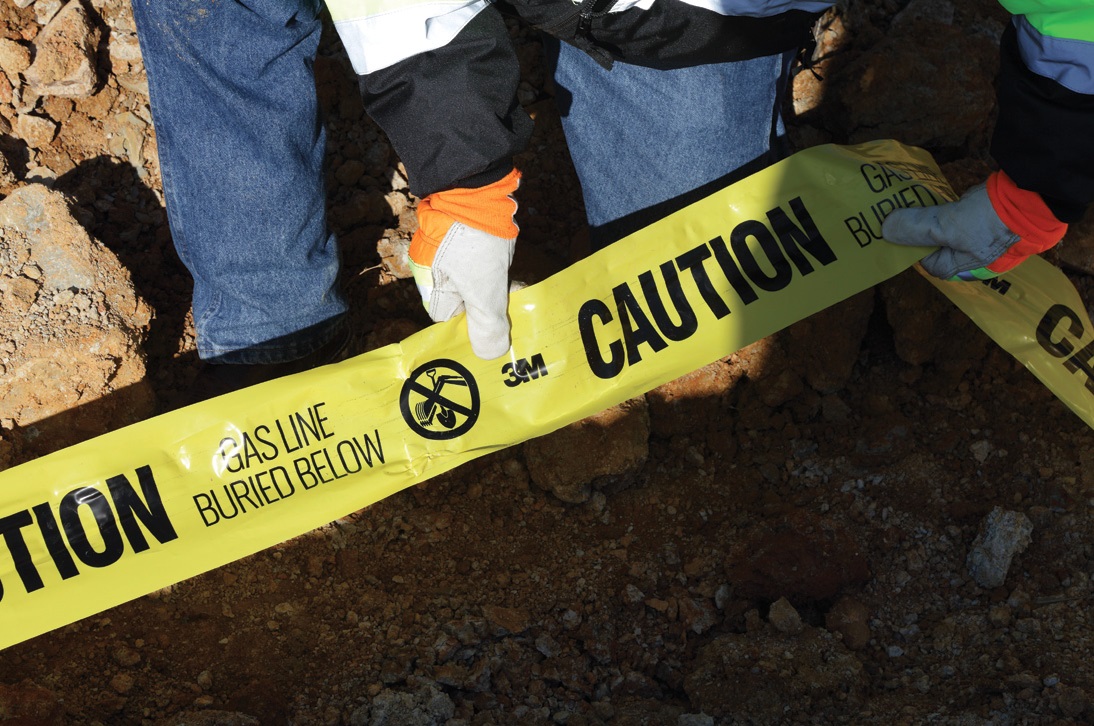 Louisville Gas and Electric Company (LG&E) is employing new technology in its continuous efforts to further enhance safety across the more than 4,700 miles of natural gas transmission and distribution lines in its system. The technology consists of a new RF-based marking and locating method for marking the routes of non-conductive buried gas lines, and is expected to improve the precision and efficiency of gas line locating while also reducing costs for the Kentucky utility.

According to Michael Jones, LG&E group leader, Gas Regulatory Compliance, the company, which serves 324,000 natural gas and 407,000 electric customers in Louisville and 16 surrounding counties, has traditionally used conventional copper tracer wire to ensure its lines are able to be located; but over time, the wires can deteriorate, creating the need for lines to be marked again. It’s a process that can be costly, both in labor and in delays imposed on related tasks that must be suspended until a pipe can be accurately located.

Jones explains that, as part of the utility’s ongoing efforts to educate its customers, LG&E strongly urges homeowners, contractors and excavators of any kind to use the local 811 service to help protect public safety and avoid damage to underground facilities, while incorporating ongoing safety measures of its own.

“The cost of making unmarked lines locatable is significant,” said Jones. “In an effort to find a method with greater long-term dependability than conventional tracer wire, we began to research alternatives for path marking in new construction.”

LG&E determined that the cost to implement multiple marking technologies for new gas lines as they are placed is more economical than doing so after the fact. Tracer wire alone is not a satisfactory solution since experience shows the wire has a limited functional life. Damage (both known and unreported), corrosion, and defective terminations all contribute to ineffective tracer wire locating.

“We began exploring a radio-frequency identification (RFID) marking technology several years ago using the 3M™ Electronic Marker System, which is based on electronic devices that are placed underground to pinpoint important com- ponents such as valves, tees, access points and pipeline direction changes,” Jones explained.

These electronic RFID markers use a passive antenna to reflect an interrogating radio signal back to a hand-held locator that can pinpoint the marker precisely, and also conveys important information such as the utility owner, description of the marked point, depth, GPS coordinates and placement date. The markers tested by LG&E include near-surface units for depths to about two feet, and larger ball markers for marking at depths below grade down to six feet, or even eight feet. 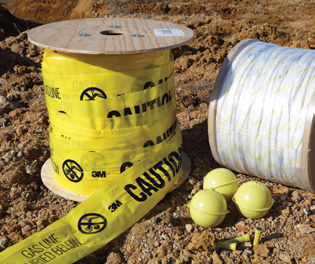 “These RFID markers require no power source and are designed to function indefinitely,” Jones added. “Long-term functionality is obviously an important aspect of the investment decision, and early success with RFID marker technology led to its use in marking new pipeline construction at key points.”

The utility recently added a new category of marking products based on the same RFID concept, but specifically designed for path marking. One is a plastic warning tape with regularly spaced RFID components that can be direct buried with non-conductive pipe. The second is a rope similarly equipped with spaced RFID transponders, but with tensile strength more than sufficient for it to be pulled in along with pipe in direct drilling applications.

Working with the same locating and marking representative who had previously assisted LG&E with marker ball testing, Jones and his team acquired marking tape and rope samples and installed them in the field in documented locations. The specialist then came on site and was able to quickly and accurately locate the buried rope and tape samples.

Jones notes that the learning curve related to use of RFID path marking begins with getting installers familiar with where and how to install tape and rope. Tape placed in an open trench provides the conventional visual alert function as well as path marking. “We tell builders to excavate and leave a conduit in the open ditch, and the utility will come along later to lay in marker tape or pull marker rope through conduit as appropriate.”

Unlike tracer wire, path marking tape and rope doesn’t need to break the surface, so placement details must be incorporated into LG&E’s GIS records so that the mapping system reflects what the location of underground facilities for utility and contractor reference. Contractors need to be familiar with the new locating resource, as do individual employees in the field. LG&E provides training resources with this objective in mind.

Jones notes that while techniques for locating the new path marking tape and rope are simple and consistent, the process differs from conventional marker wire methods that are familiar to the locators in the Louisville area. “Locators need to understand how to track points using the individual, spaced markers in tape and rope rather than tracking lines with properly functioning tracer wire.”

In the case of the path marking tape and rope, there are no spurious signals, false leads or bleed issues, and no need to interpret uncertain results based on field experience. “I expect as understanding of this locating technique grows, crews will find the locating process of path marking easier to use, with fewer steps and greater precision than tracer wire locating,” Jones said. 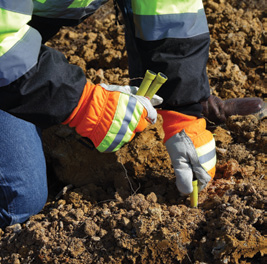 Buried markers, which use the same technology as their new path marking tools, have been in the ground for decades without deterioration or failure. Unlike tracer wire, which can transmit lightning strikes, rope or tape can be placed directly against buried facilities without risk.

Jones anticipates much of the utility’s future facility installation projects, large and small, within its natural gas system, will include use of the electronic marker technology.

“Given the potential high cost of line location efforts, we are putting as many resources in place as possible whenever pipeline work is done,” Jones explains. “Using multiple locating resources as we go adds less than one percent to total construction cost, but these assets can be expected to eliminate 99 percent of the expense that would be encountered in the future to find unmarked lines. That’s of huge benefit to LG&E as well as to our customers, contractors and others who rely on fast and precise pipeline marking to ensure safety and to do their work.”