Operator markings of facilities include the following:

• The appropriate color for their facility type

• Their company identifier (name, initials, or abbreviation) when other companies are using the same color

• The total number of facilities and the width of each facility

Use paint, flags, stakes, whiskers, or a combination to identify the operator’s facility(s) at or near an excavation site.

a. Single Facility Marking: Used to mark a single facility. This can be done in one of two ways:

• placing the marks over the approximate center of the facility. (Illustration 2a1) or

• placing the marks over the approximate outside edges of the facility with a line connecting the two horizontal lines (in the form of an H) to indicate there is only one facility. (Illustration 2a2)

These examples indicate an operator’s 12 in. facility. When a facility can be located or toned separately from other facilities of the same type, it is marked as a single facility.41

c. Conduit Marking: Used for any locatable facility being carried inside conduits or ducts. The marks indicating the outer extremities denote the actual located edges of the facilities being represented. Example: four plastic conduits that are 4 in. in diameter (4/4” PLA), and the marks are 16 in. apart, indicating the actual left and right edges of the facilities. (Illustration 2c)

d. Corridor Marking: Used to mark multiple facilities of the same type (e.g., electric), bundled or intertwined in the same trench, where the total number of facilities is not readily known (operator has no record on file for the number of facilities). Marks are placed over the approximate center of the facilities and indicate the width of the corridor. The width of the corridor is the distance between the actual located outside edges of the combined facilities. Example: a 12 in. corridor (12” CDR). (Illustration 2d) 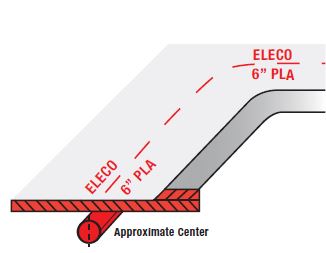 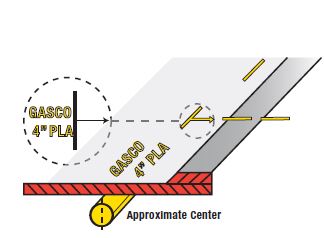 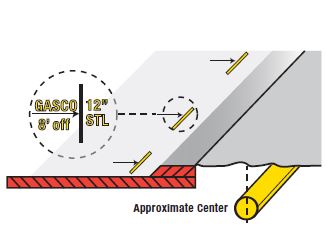 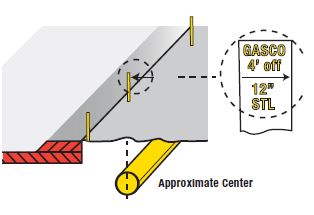 • Operators of a single type of facility (e.g., TELCO) mark the area “NO” followed by the appropriate company identifier in the matching APWA color code for that facility. Example: NO TELCO

• Operators of multiple facilities mark the area “NO” followed by the appropriate company identifier in the matching APWA color code for that facility with a slash and the abbreviation for the type of facility for which there is “No Conflict.” Example: NO GASCO/G/D illustrates that GASCO has no gas distribution facilities at this excavation site. The following abbreviations are used when appropriate: /G/D (gas distribution); /G/T (gas transmission); /E/D (electric distribution); /E/T (electric transmission).

• Place a clear plastic (translucent) flag that states “No Conflict” in lettering matching the APWA color code of the facility that is not in conflict. Include on the flag the operator’s identifier, phone number, a place to write the locate ticket number, and date. Operators of multiple facilities indicate on the flag which facilities are in “No Conflict” with the excavation (see the previous example).

• If it can be determined through maps or records that the proposed excavation is obviously not in conflict with their facility, the locator or operator of the facility may notify the excavator of “No Conflict” by phone, fax, or e-mail, or through the One Call Center, where electronic positive response is used. Operators of multiple facilities indicate a “No Conflict” for each facility (see the previous examples). 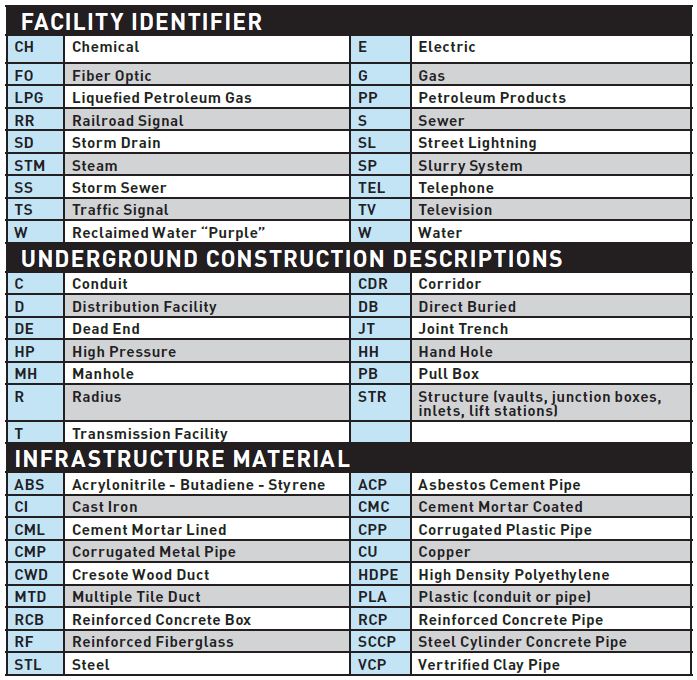 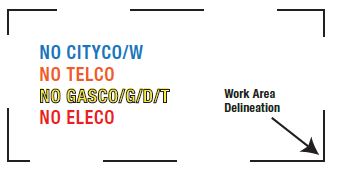 Guide for Abbreviation Use

Follow these guidelines when placing abbreviations in the field:

• Place the Company Identifier at the top or at the left of the abbreviations.

• Place the abbreviations in the following order: Company Identifier / Facility Identifier / Underground Construction Descriptions / Infrastructure Material. Example: TELCO/TEL/FO/PLA indicates that TELCO has a telecommunication fiber optic line in a single plastic conduit. The use of the abbreviation /TEL is not necessary, because the orange marking would indicate that the facility was a communication line; but its use is optional.

• To omit one or more of the abbreviation types, use the order described above but omit the slash and abbreviation that does not apply. Example: to omit /TEL, the result would be TELCO/FO/PLA.