• The Nevada Public Utilities Commission added requirements to the state’s “Call Before You Dig” rules in October for both commercial and residential work. Existing rules called for individuals and businesses to call 811 before digging in order to prevent damage to underground utilities. Those rules have now been amended to require anyone who does damage to underground electrical, gas and water lines to immediately call 911. The new rule also makes it clear that anyone who does not call 811 prior to digging and ends up causing damage can be held responsible for the cost of repairs.

• Executive Director of Public Services for San Marcos, Texas, Tom Taggart, received the President’s Award at the 33rd WateReuse Symposium in September. WateReuseis an internationally-recognized organization championing alternative water supply development. Additionally, Taggart was appointed to the municipal seat on the Board of Directors of Texas811 for a two-year term.

• Michael G. Digon, founder of MISS Dig, the nation’s first statewide damage prevention system, passed away on September 18. He served as Executive Director of MISS Dig from 1970 to 1990. Digon was 86. 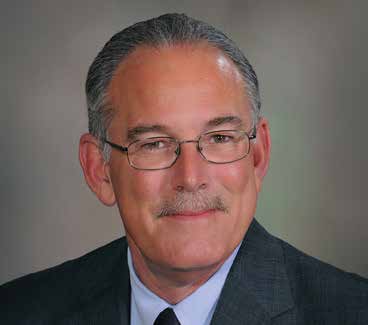 Houston Chronicle – Plains All American Pipeline of Houston, Texas was found guilty in September for its role in causing a large oil spill in California back in May of 2015. A California jury found Plains guilty on one felony and eight misdemeanor counts, agreeing with the prosecution that the company failed to maintain the badly corroded pipeline responsible for spilling roughly 3,400 barrels of oil at Refugio State Beach in Santa Barbara – and then failed to report the spill. The spill, the largest on the California coast in 25 years, spread into the Pacific Ocean.

“The general impact [of the decision] will be to increase the scrutiny of new pipelines, not Just in California but throughout the U.S., where we have seen increasingly lengthy and polarizing permit battles,” said Sandy Fielden, director of oil and products research at investment research firm Morningstar.

Environmentalists hailed the verdict and vowed to fight Plains All American’s plans to rebuild the pipeline. Corrosion issues had been documented as early as 2012, according to court documents. In addition, an alarm that should have signaled the leak was turned off at the time.

Plains could face penalties of more than $1.5 million, which pales in comparison to the $150 million Plains said it spent on cleanup, as well as many millions more lost from the extended pipeline shutdown. Plains may still appeal the case.

Over the past dozen years, Plains and its subsidiaries have reported about 280 incidents that spilled some 30,000 barrels of hazardous liquids, according to the U.S. Pipeline & Hazardous Materials Safety Administration (PHMSA). The number of incidents ranks among the highest in the industry.

PHMSA ANNOUNCES $90 MILLION IN GRANTS TO ADVANCE SAFETY EFFORTS ACROSS THE U.S.

On September 27, the U.S. Department of Transportation’s Pipeline and Hazardous Materials Safety Administration (PHMSA) announced that it will be issuing a combined $89.9 million in Fiscal Year 2018 Grants. The grants will be awarded to states, local communities, tribal entities, and non-profit organizations designed to support state pipeline and hazardous materials safety programs. Grantees will use the funds to train first responders; educate the public on local safety initiatives, including pipeline damage prevention; and develop community incident response plans.

THE PHMSA GRANTS WILL INCLUDE:

• $56 million Pipeline State Base Formula Grants to 46 states, the District of Columbia and Puerto Rico

• $3.7 million to four states as part of the new federal-state partnership in the oversight of underground natural gas storage safety

• $1.5 million in State Damage Prevention grants that will support 24 projects in 24 states

• $1.5 million in Technical Assistance Grants for 20 projects in 14 states

I believe there is an error in the 811 Damage Prevention Professional magazine, Fall 2018 issue, on page 20, middle column, in the paragraph just under the “nationalgrid” large font in the middle of the page. It reads, “With as few as eight digits, a USNG coordinate can describe a location with a 33’ accuracy within approximately a 124-mile square area.” On the previous page, center column, it says “(100 km, about 62 miles square).“ The 33’ corresponds to 10 meters, which matches with the description on the previous page for the eight-digit designation. But the 124-mile square is double the side length (or four times the area) of a 62-mile square, and 62 miles is approximately 100 km. I believe the paragraph should say “approximately a 62-mile square area.”

Also, it would probably be better to say a “62-mile square” following the same style as on the previous page, not “62-mile square area”. By stating “area” it may be construed to be talking about an area of 62 square miles. This would equate to a 7.9-mile square. And 124 square miles equates to a 11.1-mile square. Neither of which is intended.

The author, Stephen Swazee Sr., responded with the following reply:

The reader is correct on both counts concerning this sentence – erroneous size and poor use of the term “area”. A square with sides of 100 kilometers, or approximately 62 miles, would be an area of 10,000 square kilometers or approximately 3,861 square miles when converted from kilometers. It is not “approximately a 124-mile square area”. Thank you for the correction.

Damage Prevention Professional welcomes all points of view and encourages our readers to share their opinions and thoughts with us. Thanks, Rob, for taking the time to reach out to us. – Editor

DAMAGE PREVENTION PROFESSIONAL RECEIVED THE FOLLOWING MESSAGE IN RESPONSE TO THE ARTICLE, THE EMERGENCY RESPONSE LANGUAGE OF LOCATION: U.S. NATIONAL GRID, PUBLISHED IN THE FALL 2018 ISSUE.