(Alabama NewsCenter) – The U.S. Department of Agriculture (USDA) has donated $62.3 million to four companies to expand rural broadband infrastructure in Alabama. The Tombigbee Electric Cooperative, Millry Telephone Company, Farmers Telecommunication Cooperative and National Telephone of Alabama are using the grant money to improve-connectivity in their areas.

“Beyond connecting us to our friends and family, high-speed broadband connectivity, or e-connectivity, is a necessity, not an amenity, to do business, access opportunities in education and receive specialized health care in rural America today,” said Donald LaVoy, USDA Deputy Under Secretary for Rural Development. “…USDA is committed to being a strong partner to rural communities in deploying this critical infrastructure, because we know when rural America thrives, all of America thrives.”

(Bay Area News Group) – A Bay Area (California) utility contractor will pay $100,000 in civil penalties after rupturing gas lines 15 times in five years and failing to report their activities. A Santa Clara County Superior Court judge ordered the penalty last November based on an investigation into MCH Electric that began in 2017.

While working on various infrastructure projects, the company repeatedly ruptured gas lines, including several along major roadways, and used backhoe equipment closer to gas and electric lines than legally allowed. MCH Electric workers also failed to tell utilities of their plans to dig near gas lines within the required two days and did not call 911 immediately after a gas release.

The case is one of the first to be prosecuted under the state’s 2016 Dig Safe Act, which set a legal framework around underground infrastructure practices such as excavating and drilling.

Fiber Optic Cables could be used to Detect Earthquakes

When changes in temperature, strain or vibrations disturb the fiber, changes in the size, frequency and phase of laser light scattered back can determine seismic activity. According to Zhan, the oil and gas industry has been a key driver of the new method, as they use cable down bore holes to monitor fluid changes in deep-water oil fields and during hydraulic fracturing and wastewater injection.

Researchers think this method is especially promising for seismic monitoring in harsh environments like Antarctica… or even on the moon.

The annual “Best of the Rest” Awards, honoring Large, Midsize and Small businesses in Oklahoma City, were announced in December. On the list of “Small Employer” honorees was OKIE811.

The Oklahoma One Call System includes more than 1,200 member companies that operate underground facilities throughout the state. OKIE811 is at the forefront of providing safety and damage prevention messages, allowing both homeowners and businesses to know where utility lines run on their property. The non-profit organization pays 100% of their employee life insurance premiums, and short- and long-term disability premiums. 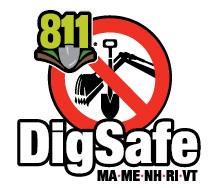 Maine lawmakers are considering a bill that would make changes to the state’s Dig Safe law in response to a deadly explosion last September in Farmington. The current Dig Safe Law prohibits digging around certain underground utility lines, but LP lines are currently not on the prohibited list. During a meeting held in early February, every member of the Energy, Utilities and Technology Committee of the Maine legislature voted in favor of the new bill.

“It is unfortunate that we have not already passed a bill to protect our LP lines. If we had, the devastating explosion in Farmington could have been avoided. We must take action now to endure the safety of Mainers and to prevent an event like this from happening in our state again,” said bill sponsor Rep. Seth Berry.

Berry claimed that previous attempts to add LP lines to the state’s Dig Safe law did not pass in the legislature. Propane companies have opposed such a bill.

During the February legislative meeting, an emergency preamble was added to the bill that will allow the legislation to go into effect immediately if signed into law.

A leak in a propane line caused an explosion at the LEAP, Inc. building in Farmington, which killed Capt. Michael Bell and injured seven others. The office of the State Fire Marshal indicated, following their investigation, that the explosion ignited days after an underground propane line was severed when one of four bollards was being drilled into the ground near the building. The source of ignition could not be determined. 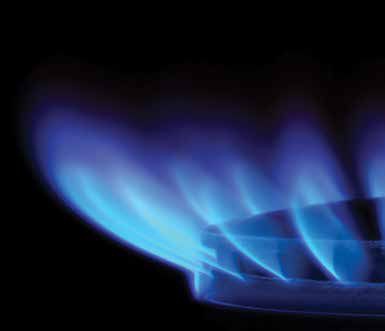 (Walker County News) – LaFayette, Georgia has become an approved user of the Walker County’s Siren GPS Notification System and the city is encouraging residents to sign up for the new system online or by downloading the free app. Siren GPS is a software app that has the ability to send notifications such as tornado/severe thunderstorm warnings and earthquake notifications.

In early January, LaFayette experienced a gas leak under the right-of-way near several local businesses. A subcontractor clipped a service line while doing directional boring. A timely alert was sent out to residents who have the new app, which aided in the evacuation of several residences and businesses in the area.

Whether it concerns power outages, road closures and/or utility matters, the city can now use the Siren GPS system to send timely notifications to residents who have downloaded the app. 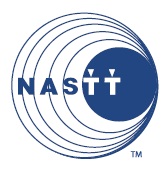 “It is an honor to follow on from Mike Willmets as Executive Director and recognize the growth and status the society has achieved under his guidance,” Izzard said. “It is inspiring to have the opportunity to continue to develop this legacy with such a dynamic board, council and staff that have so many exciting ideas for the future.”

Izzard is based in Seattle, Washington and has been a member of NASTT since 2017. 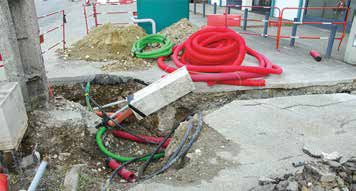 (Seattle Times ) – A cut fiber optic cable in Washington state has been blamed for causing a series of outages in at least a dozen regions of the United States in mid-January. The damaged cable disrupted 911 services for about 100 customers and, according to DownDector (downdetector.com), caused a series of related internet outages in parts of the Seattle area, Portland, southern Idaho, Albuquerque, Boise, Salt Lake City, Denver, Los Angeles, Dallas and Phoenix.

The outages affected CenturyLink customers. A CenturyLink spokesperson indicated that the affected 911 services were rerouted and that crews were able to restore all impacted services.

After nearly 30 years in their old building, Mississippi 811 moved to a new location in December. The new building, located at 200 Country Place Parkway, Pearl, Mississippi, will aid the organization with its expanding workload and operations. State officials and Mississippi 811 leaders joined employees and visitors with a special ribbon-cutting ceremony to mark the occasion.

“It’s a special day,” board member Bert Pickard said at the ceremony. “We celebrate the future of our organization and we are confident that this facility will become a recognized center for damage prevention across the state.”