(The Clarion-Ledger) – The Mississippi Emergency Management Agency has provided state residents with suggestions on how to handle a flood emergency, including an evacuation plan, who to contact, taking appropriate steps before a flood occurs, and how to deal with natural gas. 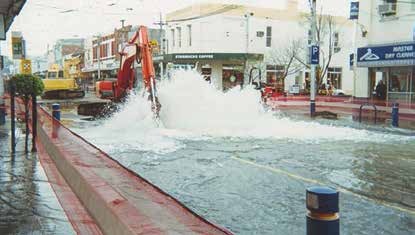 • During a natural disaster or severe weather event, do NOT turn off natural gas, even if evacuations are issued.

• If you smell gas, immediately leave the affected area and from a safe distance, call 911.

• Do not use a mobile phone or anything that might cause a spark, such as a generator.

• If flooding occurs at a residence or business and the gas appliances are under water, do NOT try to operate the appliances.

• If a natural gas meter is damaged or a gas line is exposed, immediately leave the area and call your utility provider.

• Know where your natural gas meter is located, and make sure it is visible and free of trash/debris.

• Natural gas distribution pipelines are mostly underground but can be damaged by uprooted trees and shifted foundations. After a storm, call 811 to have the location of underground utilities marked before cleanup begins.

(Sun News) – OSHA has cited Rhobina Electric, Inc., a commercial electrical and plumbing contractor based in Batesville, Mississippi, for exposing employees to excavation hazards after a worker suffered fatal injuries in a trench collapse at a Taylor, Mississippi worksite. The contractor faces $37,318 in penalties.

The employer was installing a sewer pipe to a new concrete manhole when the collapse occurred. OSHA cited the company for allowing the employees to work in a trench without hard hats or cave-in protection, and for not removing workers from a trench that showed signs of water intrusion and possible collapse. OSHA also cited the contractor for failing to meet reporting requirements, which mandates that employers notify OSHA within eight hours of any incident involving an employee fatality. 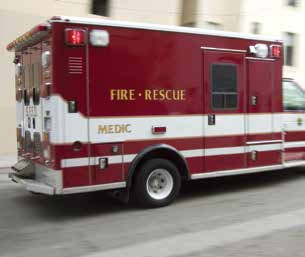 The Council for Dredging and Marine Construction Safety (CDMCS) recently released its Pipeline Incident Prevention guidelines for dredging near underwater gas and hazardous liquid pipelines. The guidelines incorporate damage prevention and emergency response protocols for the US Army Corps of Engineers navigation channels.

“Fifteen months ago we all agreed that the dredging and pipeline industries lacked mutual best practices for preventing pipeline incidents, and we all agreed to do something about it,” said Michael Gerhardt, managing director of the CDMCS and Pipeline Task Force. “We are now delivering an extremely valuable safety resource to the public and have designed it for active use in the field. Any contractor that dredges or performs marine construction operations in the vicinity of underwater pipelines should consult this best practices guide and share it deep within its company at all levels of management.”

The document contains guidance on accurately locating pipelines and obtaining accurate coordinates, identifying leaks and responding effectively, and collaborating with all necessary parties in the event of a leak.

(WaterWorld) – The Plastics Pipe Institute, Inc. (PPI) named David M. Fink as its new President and Executive Director in January. Fink, a veteran of the plastics pipe industry, previously served as Chairman of the PPI Board of Directors from 2017 to 2019. He served as Senior Vice President at PPI member company, WL Plastics, and had also worked at Dow Chemical in the company’s polyolefin resin business. While at WL Plastics, Fink oversaw the company’s sales in the polyethylene pipe market segments, including gas gathering and distribution, municipal water distribution, industrial and mining applications, telecommunication conduit, and geothermal.

The awards are based on four criteria:

(Baltimore Sun) – The family of a construction worker killed in a 2018 trench collapse at an excavation site has filed a wrongful death lawsuit against the city and its subcontractor for alleged negligence. The man was working on a sewer line near the Clifton Park Pool when a 15-foot trench caved in.

The contractor, R.F. Warder, was hired by the city to perform repair and maintenance service on city plumbing and heating systems. R.F. Warder was fined by the state for its role in the incident, but the company is appealing the decision.

A Maryland Occupational Safety and Health investigation concluded that R.F. Warder failed to train its crews to recognize and avoid unsafe conditions and did not conduct adequate daily inspections of the site. The agency recommended a $275,000 fine, but after the company contested the fine, it was reduced to $245,000.

Among other things, the family lawsuit claims the hole was about 15 feet deep and lacked proper shoring, such as protective walls and sloped ways out, which are required for trenches more than five feet deep by OSHA.