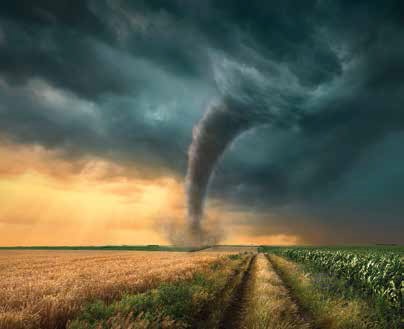 ConstructConnect (ON) – Three confirmed tornadoes hit the Ottawa (ON) region back in September 2018, prompting utility professionals to unite and devise emergency locate and repair plans. Addressing a seminar audience attending the Ontario Regional Common Ground Alliance Damage Prevention Symposium in February, representatives of Hydro Ottawa, Enbridge and the Technical Standards and Safety Authority (TSSA) offered an account of how the tornadoes caused extensive damage and how the utilities infrastructure teams responded to not only undertake repairs but also prevent citizens, contractors and rubberneckers from getting hurt.

The tornadoes caused massive power outage; more than 30 hydro poles were down, with live wires a serious concern, and another 15 were broken. With this type of damage, the typical locate rules which call for routine locates within five business days and urgent locates within two to 24 hours would not be sufficient.

“In this situation with the public safety hazards that were present, the utilities determined among ourselves that we would provide locates immediately and for everyone’s use,” explained Margaret DeFazio, supervisor of distribution operations with Hydro Ottawa.

In the aftermath of the tornadoes, 171,462 of 331,777 Hydro Ottawa customers had lost power… and Enbridge had to deal with 300 active natural gas leaks.

The other serious concern was with the thousands of homeowners, contractors and volunteers who set about taking care of fallen and dangling trees, broken fences, wrecked homes and exposed tree roots. “People started removing trees and stumps right away, not thinking about underground lines and the locates,” said Chad Loveland, damage prevention inspector with Enbridge.

Significant onsite public awareness efforts had to be part of the solution. Craig Wilson, TSSA fuels safety inspector, told the audience that they had people going door-to-door, giving them advice and letting them know how to deal with the problem safely.

The result of the fast action and teamwork was zero injuries generated during the repair phase.

Lawrence Eagle Tribune (MA) – The South Lawrence (Massachusetts) neighborhoods that suffered the most damage when over-pressured gas lines caused massive fires and explosions across three communities back in September of 2018 will be the first in the city to get new water and sewer upgrades under a $26.8 million project.

The work to repair or replace sewer and water pipes, valves and a pump station citywide were planned before the gas explosion, but the schedule was rewritten after the disaster to start the project in South Lawrence, where streets were torn up and patched over when Columbia Gas replaced or repaired more than 40 miles of damaged gas lines.

The city is demanding that Columbia Gas pay the cost of repairing and repaving the streets. Before that work starts, however, the city wants to focus on the sewer and water repairs so the streets will not have to be repaved a second time.

The work will be the third major update to the city’s water and sewer systems since 2014, when they began a $22 million water project. A year later, the city signed a consent agreement with the federal government that required another $20 million to repair the most decayed and corroded of the city’s sewer lines.

Columbia Gas repaired or replaced more than 40 miles of gas lines in Lawrence during the three months following the explosion. As a precaution to make sure none of the new gas lines are disturbed, the city will require Columbia Gas to have staff on hand whenever excavation begins on the water and sewer lines.

The inaugural South Dakota Damage Prevention & Excavation Safety Summit took place March 19 in Sioux Falls. The first-ever full-day event, hosted by SDCGA, hosted more than 300 attendees. With emphasis on education, six educational sessions were held including a keynote by Mike Parilac, Staking University. Between sessions, attendees networked with over 30 vendors to learn more about products and processes. Additional activities included an excavator rodeo, a high voltage trailer demo, a virtual reality simulator for excavation and two gameshows where participants won prizes. After a catered lunch, South Dakota 811 gave their annual presentation. The collective response from attendees and vendors indicated the event was a resounding success! All parties involved are looking forward to the 2020 Summit. It’s SDCGA’s vision to continue growing this event to reach the Western South Dakota stakeholders and cross borders into neighboring states.

During their presentation, panel members discussed multiple differences in the way their municipalities handle water and wastewater responsibilities on the systems and technical levels, indicating some pipelines having tracer wire and other locate systems use CCTV. Also, some pipelines utilize saddles, while others don’t. Epp indicated that Niagara pipe locates are done in-house, while Boere noted that Halton contracts out low-risk water and wastewater locates to a local service provider.

Even though there are many similarities in the Regions, panel members agreed that there are differences in how the systems are built and too many factors to have total standardization. “Over time, we might merge some things together and start to look more familiar, but probably not standardized,” Boere said.

Boere has spoken on the topic of municipal water pipe locates previously for the ORCGA and said he hoped the symposium would provide useful to municipalities who were latecomers to the One Call system. 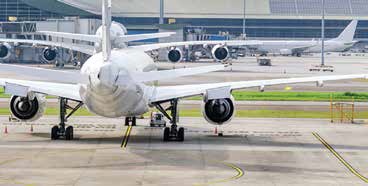 Titusville Herald (PA) – A mysterious pipe was discovered near the Titusville Airport by a private contractor and City Services employees in mid-March as they were replacing an existing 1,000-gallon sewage holding tank. While digging, workers found the pipe, which was lined up with a connection port on the holding tank but not connected.

City Services performed a test of the pipe and found that it emptied into a ditch behind the city’s airport hanger. It was suggested by a member of the Airport Authority that the pipe was never part of the sewage holding system and that it may have been involved in drainage from the gutters at the airport. However, Airport Manager Keith Bromley said the pipe was not connected to the gutter system, nor was it placed there for future use.

Titusville Mayor Esther Smith suggested the pipe may have been connected to the holding tank at one time and dumping sewage water into the ground, posing a potential health threat (as well as being illegal).

Following installation of the new sewage holding tanks, the mysterious pipe was sealed.