A NEW VEHICLE FOR DAMAGE PREVENTION

One Call Concepts, Inc. (OCC) is once again partnering with Paul Teutul, Jr. of Paul Jr. Designs (PJD) for another custom-built vehicle that will continue our tradition of helping to educate the public about the importance of underground utility damage prevention.

Paul Jr. attended the 2018 CGA 811 Excavation Safety Conference & Expo in Phoenix, Arizona and made a formal announcement about the new vehicle on March 6th prior to the opening conference ribbon cutting ceremony outside of the exhibit hall. The project is expected to be completed in April 2018, with a public unveiling to follow. Construction is being filmed for planned inclusion in an episode of the Discovery Channel’s “American Chopper” in July 2018.

OCC previously commissioned PJD to design and build two 811-themed vehicles: the 811 Bike and 811 Car. These icons of damage prevention travel throughout the country promoting the important safe digging message. Overall, the 811 Bike traveled more than 200,000 miles across 33 different states between 2011 and 2016. Once the 811 Car was unveiled, the two vehicles traveled together more than 50,000 miles across 17 different states to events like safety summits and state fairs, so there’s a chance you may have seen them “on the road to damage prevention.” 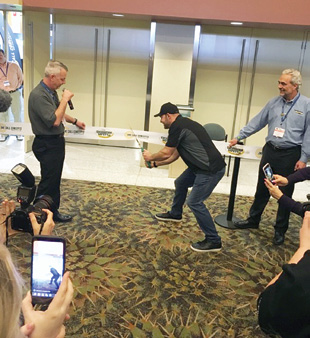 Two powerful winter storms knocked out electric power to more than 750,000 residents in Philadelphia, prompting calls for Pepco, an Exelon Corp. subsidiary, to bury its lines like they are doing in Washington, D.C.

Pepco also services the D.C. area, and they embraced an “underground plan” several years ago. The District Columbia Council approved legislation in 2014 calling for a $1 billion plan to bury power lines. The plan was challenged in court, causing the District to rewrite the law for $500 million over six years. The first power lines are scheduled to be buried this year.

Underground buried lines are generally more reliable than overhead wires, according to a 2012 study by the Edison Electric Institute. However, they cost five to 10 times as much to install and are more expensive to repair when they are damaged.

The Washington initiative, dubbed DC PLUG (DC Power Line Undergrounding) calls for the city to build the underground civil infrastructure, after which Pepco will install its equipment. As of now, regulators in Pennsylvania, like the Pennsylvania Public Utility Commission, are reluctant to approve requests to bury power lines unless they can be convinced it is a “prudent” investment.

The Hartwell Sun – The Golden Backhoe is an annual award presented by the Georgia Utilities Coordinating Council, recognizing utilities that demonstrate expertise and knowledge of the process in locating and avoiding potential underground hazards (as indicated by their low accident rate). With more than 2,800 locate tickets in 2017 and zero accidents on record during that time, the Golden Backhoe Award was presented to the Hartwell Gas Department.

Whenever someone embarks on any kind of digging project, whether it be building a fence, putting up a mailbox or even planting a tree, Georgia law requires they call 811 at least 48 hours before beginning the project so local utility personnel can locate and mark all underground lines. That is where Hartwell Gas Company comes in.

“We don’t want any damages and the PSC doesn’t want to hear about any damage,” explained gas superintendent Audie Laviolette. “It’s all about calling 811 and getting that ticket before you dig.”

ProStar, a producer of Geospatial Intelligence Software, was recently issued a key Canadian patent that covers a computer implemented method for calculating tolerance zones for utility assets. The patented method helps to prevent damages to utilities and the environment during construction, maintenance and groundbreaking activities. 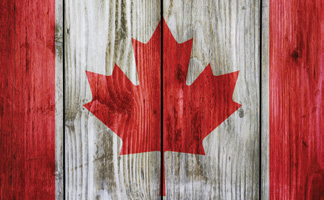 ProStar’s Chief Executive Officer, Page Tucker stated, “We are delighted to see this key patent issued, as it covers protecting buried assets during groundbreaking activities. Our Geospatial Intelligent Solutions utilize patented technologies and processes to provide the most advanced mobile mapping systems in the industry. Now with our software, mission critical location information will be made available in real-time at the fingertips of field personnel, including excavators, so that better decisions are made.”

The Federal Communications Commission (FCC) will be expanding their aid to Hurricane Maria victims beyond the task force and short-term cash infusions they’ve already contributed. Chairman Ajit Pai has proposed spending a total of $954 million to both fix and expand telecom networks in both Puerto Rico and the U.S. Virgin Islands.

The measure would offer an extra $64 million in near-term recovery, but would also include $631 million to repair and grow wired broadband as well as $259 million to improve LTE data. If the proposal goes through, it would help areas where the telecom networks weren’t on the “cutting edge” before Maria hit.

REGULATORY CHANGE ON THE WAY

In investigating the San Bruno incident, they discovered a number of operating deficiencies, including insufficient documentation, pipeline maintenance and MAOP verification. The propose rule also reflects a much broader movement by regulators working with industry to address MAOP in older pipelines and close the gap in the Pipeline Safety Improvement Act of 2002.

The proposed “mega rule” is intended to revise and strengthen federal pipeline safety regulations in a number of areas:

• Regulate pipelines built before 1970 and eliminate the “grandfather clause” for MAOP.

• Mandate that pipeline operators create more historical records of pipeline materials and use these records to manage operating risk. Operators of transmission pipelines must acquire and retain information such as class location determinations, steel pipe manufacturing and welding procedures, as well as pipe design and pipeline components.