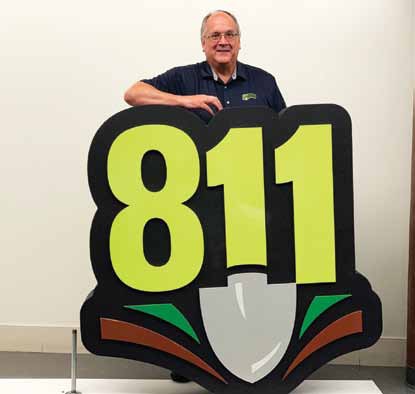 Dan Lucarelli has been named the Executive Director of Underground Safety Alliance (USA), effective June 24, 2019. USA is the umbrella organization for Indiana 811 and Kentucky 811. Previously, Dan was the Director – Marketing & Education at Pennsylvania One Call System, Inc. (Pennsylvania811) for 17 years. He joins USA with 30 years of experience in the damage prevention industry. Prior to Pennsylvania811, he held positions at BroadStreet Communications (Acting CTO), AT&T (Director of Network Services), Peoples Natural Gas Company and a Pittsburgh-based systems integration firm. Dan is a co-founder of the One Calls of America (OCOA) Mark-it! Madness committee, a coalition of marketing professionals working to grow individual best practices into best practices for the industry.

Dan holds a Bachelor of Science degree in Computer Science from Slippery Rock University of Pennsylvania and a Master of Business Administration from the Katz Graduate School of Business at the University of Pittsburgh. He is a frequent speaker at the CGA 811 Excavation Safety Conference & Expo and has been a featured author in the Excavation Safety Guide and dp-PRO. Dan is an active a member of CGA, the Pittsburgh Technology Council, the American Marketing Association and the Beta Gamma Sigma business honor society. 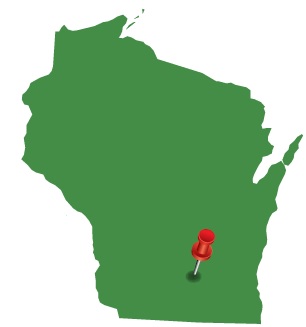 A firm received permission through the state’s Diggers Hotline for excavation of a downtown Sun Prairie site, but another company erroneously marked the location of the underground gas line. When the original firm dropped out of the project, a new contractor took over and brought on a sub-contractor. Neither the new contractor nor the sub-contractor contacted Diggers Hotline, and they ended up relying on out-dated permission and improper markings.

The new proposal, proposed by Rep. Gary Hebl (D-Sun Prairie) and Rep. Tyler Vorpagel (R-Plymouth), a member of the Assembly’s Energy and Utilities Committee, targets the flaw in the process that resulted in the explosion. “Whoever ends up doing the digging has to pull the work permit directly from Diggers Hotline,” Hebl said. “And it has to be current.”

(CNN) – One person died and 15 more were injured when a house in Murrieta, California, exploded on July 16th. Crews from the Southern California Gas Company (SoCalGas) were at the home fixing a natural gas line that was reported damaged by a contractor working on the house. The explosion occurred about an hour after the crew arrived. The deceased was an employee of SoCalGas while the injured included three firefighters who responded to the scene.

Cedric Williams, SoCalGas vice president of construction, said a preliminary investigation showed that the contractor did not call 811 before digging as the law mandates contractors to do. Williams also said there was not an open ticket for the contractor’s work. 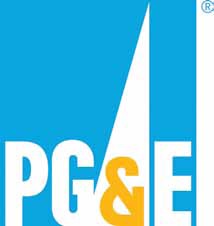 (Business Wire) – In April, PG&E announced changes to the Boards of Directors of the Corporation and Pacific Gas and Electric Company. Fred Buckman, former CEO of Consumers Energy and PacificCorp, was appointed to the Boards as a new independent director. Buckman replaces Richard Kelly, who resigned as a director of each of the Boards. PG&E also announced that Christopher Hart, former chairman of the National Transportation Safety Board (NTSB), was hired to serve as a special independent safety advisor.

Buckman also served as CEO of Shaw Power Group and was Managing Partner (Utilities) of Brookfield Asset Management. He brings more than 35 years of experience in operations and management of companies recognized for safe, reliable and economic utility operations.

While Hart was chairman of the NTSB, the company investigated accidents in all modes of transportation (including the gas pipeline explosion in San Bruno in 2010). He is also the founder of Hart Solutions LLC, a consulting firm that helps clients develop collaborative safety and reliability improvements across a range of industries.

(Natural Gas Intelligence) – The Pipeline and Hazardous Materials Safety Administration (PHMSA) issued an advisory bulletin in May to remind owners and operators of natural gas and hazardous liquid pipelines of the potential for damage caused by earth movement from landslides and subsidence in variable, steep and rugged terrain, and for varied geological conditions.

In the notice, published in the Federal Register, PHMSA advised operators to consider taking a series of actions to ensure pipeline safety, including identifying areas that may be prone to large earth movement, utilizing geotechnical engineers during design, construction and operation of pipelines, and developing design, construction, monitoring and mitigation plans.

PHMSA pointed to events over the past three years, such as gasoline, crude oil, propane and natural gas spills as well as pipeline ruptures caused by flooding, soil erosion and landslides in five states.

“These conditions can pose a great threat to the integrity of pipeline facilities if those threats are not identified and mitigated,” PHMSA stated.

American Gas Association (AGA) Vice President of Operations and Engineering Services, Christina Sames, testified before the U.S. House Committee on Energy and Commerce’s Subcommittee on Energy in June, encouraging them to focus on truly enhancing the safety of America’s natural gas pipelines. Sames was referring to a “discussion draft” of new legislation that eliminates the use of Direct Assessment, a predictive tool that could determine where pipeline corrosion has occurred and indicates where corrosion could occur. The draft would also require operators to send an overwhelming amount of information to emergency responders despite repeated requests from fire marshals, fire chiefs and emergency responders for condensed information that is easier to understand.

The proposed legislation also removes the requirement that a regulation be “reasonable” or “cost-beneficial.” Sames stated that “the cost-benefit analysis was mandated to ensure that regulations do not put an undue burden on customers without a measurable improvement to the safe delivery of natural gas.”

For more than 50 years, the American Society of Safety Professional’s (ASSP) Professional Development Conference has been, and will continue to be, the direct reflection of what is taking place in the occupational, safety, and health industry. With nearly 250 education sessions, 650 exhibitors and 5,000 safety professionals, the city of New Orleans was the perfect place to let the good times – safely – roll. Networking and camaraderie were abundant across the city with a variety of Community Receptions, including the Bash on the Bayou! Next year’s ASSP Conference will be held June 22-25 in Orlando, Florida. For more information, go to safety.assp.org.

(The News & Observer) – The North Carolina Underground Damage Prevention Review Board is tasked with enforcing the state’s underground digging laws. In spite of thousands of 811 violations since 2014, the Review Board has actually heard few cases… and issued even fewer fines. In fact, most of those violations were never reported to the Review Board, which has heard fewer than 250 cases since being created. If the Board does find someone responsible for breaking the law, the punishment has mostly required the offender to view an online “education and safety” video. The Review Board has never issued its maximum fine of $2,500.

Why are there so few fines? The Review Board doesn’t automatically investigate if an underground pipe is damaged. Instead, it waits for a complaint to be filed. And that process isn’t easy. Residents must go to a form on the North Carolina 811 website, fill out the document, print it and mail it back to North Carolina 811. As of now, the form can’t be submitted online. Board members said they’ve dismissed potential violations because the information submitted was incorrect, incomplete or actually had the wrong company listed.

Megan Riley, Board Chair and manager of distribution construction at Piedmont Natural Gas for Duke Energy, said the Board has historically focused on education and training to prevent future incidents and only fined repeat offenders or egregious offenders.

A bill was filed earlier this year that could help the volunteer Review Board. It would establish an annual fee that utility companies would pay to generate up to $200,000 for the Review Board, which currently operates without a budget. The Board could use that money to hire administrative staff and create a website where violations could be submitted online. It would also allow the Board to hire contactors and to tap into the Attorney’s Office for legal help.

“North Carolina 811 has stepped up and has been helping to make sure these first four years are successful,” Riley said. “If we want a sustainable model and if we want more, we are going to have to have an administrative staff that will help.”

(Detroit Free Press) – Consumers Energy is facing the possibility of a massive fine if found guilty of violating Michigan’s MISS DIG Law. The law states that Michigan utilities must respond within three days whenever someone calls the toll-free number to declare where they plan to excavate. According to a two-month investigation, Consumers Energy failed to respond fast enough to MISS DIG requests in more than 20,000 instances earlier this year (April and May). The law states that a utility “may be ordered to pay a civil fine of not more than $5,000 for each violation.”

Consumers Energy serves about half of Michigan’s Lower Peninsula, including some areas of metro Detroit. The company issued the following statement in June: “We have long emphasized the importance of safe digging and contacting MISS DIG so that sites unsafe for excavation can be properly staked. We acknowledge that in recent months we did not meet standards for staking timeline requirements. We have implemented an aggressive plan to address this issue.”

Michigan Attorney General Dana Nessel said her office was ready to enforce the MISS DIG rules in court, “Timely and accurate responses to MISS DIG requests are essential to safeguard the people of our state and our energy infrastructure.”

The Governor of Louisiana signed ACT 344 into law, resulting in several important changes to the state’s Dig Law, effective August 30.

The revision will allow the commissioner to extend the standard (non-emergency) 48-hour notification period when the pipeline involved is located on or near water if the excavator/demolisher and the operator can’t agree on a mark-by time. The revision also makes a related change in the circumstances under which the marks are considered good. Currently, the markings are considered good as long as they are visible but not longer than 20 calendar days, including holidays and weekends, from the mark time. Moving forward, the commission may extend the time allowed for completion of the excavation or demolition work if the work could impact a pipeline located on or in water.

The final change clarifies that no parish, municipal, local or state governing authority may enact any regulations which conflict with the provisions of the law.

(Nevada Appeal) – Due to the growing number of incidents involving damage to natural gas lines, the Nevada Public Utilities Commission (PUC) has warned anyone causing damage to gas lines not to try making repairs themselves. Senior PUC Engineer Neil Pascual said there have been several incidents in which an excavator damaged gas lines and attempted to stop the gas flow and make repairs (instead of reporting the damage). Doing so can subject those involved to civil fines up to $2,500 a day per violation, up to a maximum of $250,000.

“Immediately cease work, evacuate the impacted area to minimize the hazard presented by the damaged pipeline, call emergency 911 services from a safe area and contact the utility operator.” Pascual said.

The Nevada PUC has issued more than 50 civil penalties to excavators and operators in the past three years totaling more than $300,000 in fines.