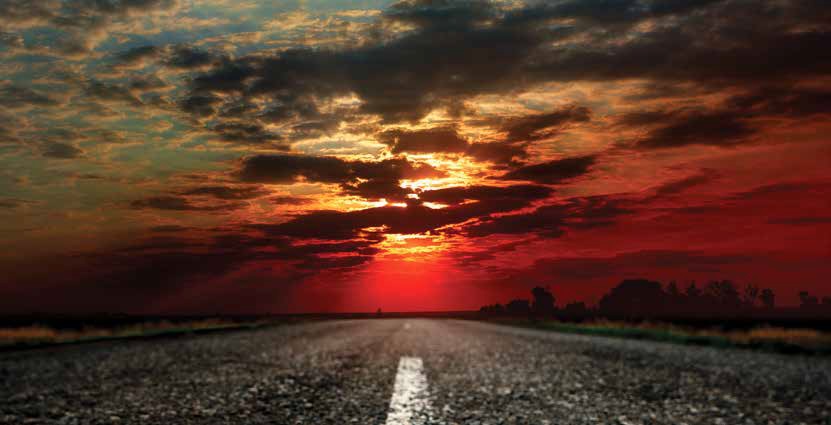 There are storm clouds gathering for Utility Locators and Damage Prevention specialists and it comes with increasing use of Horizontal Directional Drilling (HDD).

HDD is a method of laying underground services that does not require a traditional open trench.

As a method of installation, it is hugely beneficial because it addresses many problems associated with traditional trenching:

Unfortunately, many of these benefits have negative implications for utility locators, damage prevention specialists, infrastructure owners, and the public.

Let’s consider some of the aspects of the utility locator’s craft that are directly affected by HDD.

Understanding how services are laid is an important part of building a picture of the underground environment during a locate, but conventional depths and straight-line service corridors will become much less commonplace with increasing use of HDD.

Our primary methods of electromagnetic induction and Ground Penetrating Radar (GPR) will be challenged like never before.

Non-conductive underground services, those not capable of carrying the electrical current essential to electromagnetic detection, will be installed at depths that make them increasingly difficult to trace.

Traceable rods and sondes can still be used where entry points like service pits and manholes are accessible, but utilities such as gas, water and rising sewer mains pose a problem because they are generally closed to external entry unless taken out of service.

GPR has shown itself a valuable tool in locating non-conductive services, but depth and utility size directly affect locating outcomes. Increasing depths will put some services beyond viable GPR range and resolution.

Visual surface clues largely disappear with HDD. Re-instatement scars, cracking, and slumping can be invaluable in indicating the presence of an underground service.

HDD also leaves no identifiable subsurface footprint except at entry and exit pits. Trench edge GPR reflections, breaks in subsoil bands, and different materials in back-filled trench lines are all tell-tale clues that are no longer present.

Passive protection, such as warning tapes and mechanical protection, are no longer viable with HDD laid services. Warning tapes, in particular, are a great last line of defence for hazardous or critical assets. A section of warning tape pulled up during excavation is sometimes the only thing standing between a near-miss and catastrophe, but it only works if you reach it long before the service below.

Today there are far too many examples of poor or non-existent as-built plans. While this is not an issue specific to HDD, there seems to be a higher proportion of HDD laid services that are not being properly recorded.

The technology exists for accurately tracking HDD drill heads during installation. The most common walk-over method relies on an EM transmitter incorporated in the drill-head. Other methods include wire-line and gyroscopic tracking, but these are often limited to larger projects due to cost and setup requirements.

Because HDD creates no open trench, all tracking methods are, by definition, remote. Since the service can’t be seen to be surveyed directly, all as-laid records must be created from data gathered through indirect measurement.

Using as-built plans or geospatial data as the sole method of relocating a service is fraught with risk. This is why a locate based on plan data alone has the lowest associated confidence of any approach. Our inability to re-locate deep, undocumented services will inevitably lead to utility damage. 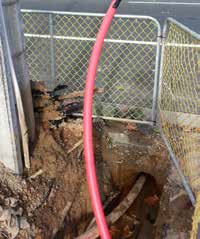 The significant benefits of trenchless technology mean HDD will continue to grow in popularity.

Rather than accepting a future where unlocatable services are commonplace, our industry must take an active role in encouraging better HDD installation practices.

All change star ts with greater awareness. As locators and damage prevention specialists, we need to be talking more about the future risks that HDD poses. 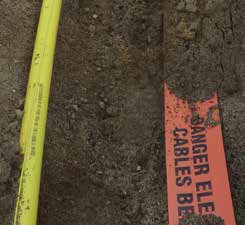 We should lobby regulators for changes to ensure better practices are required, and speak to clients and civil contractors about the importance and value of solutions that reduce the risks.

The inclusion of tracer wire with non-conductive services is one of the most effective ways of avoiding unlocatable services and yet it is so often overlooked.

Correctly installed tracer wire not only improves the locate outcome, but significantly reduces locating costs over the life of the service by many times more than the original tracer wire cost.

Unfortunately, the long-term return on investment (ROI) in tracer wire isn’t often considered. Encouraging greater use of tracer wire would benefit from some form of standardised ROI factor, what I term the “Utility Lifetime Locating Cost” to quantify locate cost savings over the life of a utility.

As the saying goes “The job is not finished until the paperwork is done”, but it appears that many HDD installations are not being adequately recorded and consequently as-laid plans are never generated.

All professional locators know that every locate starts with plans. Unfortunately, when those plans don’t exist it immediately adds complexity and risk to the job.

Better recordkeeping is not a new suggestion. As far back as 1998, the then US Directional Crossing Contractors Association identified the importance of completing accurate as-built drawings as part of the HDD post-installation process.

Greater accuracy of utility location is also an important part of the solution. The design of an HDD drill trajectory takes into consideration the existing services likely to be encountered. Decisions on vertical and horizontal alignment will be influenced by the level of confidence in the accuracy of the known position of existing services. 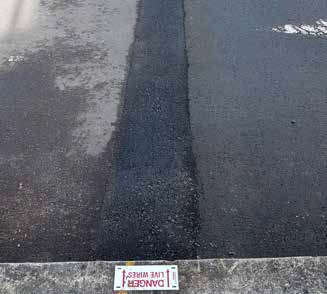 Low confidence leads to excessive margins of error or what is commonly referred to as the “go deep go wide” approach to route planning. Unnecessarily deep services are being installed simply to reduce the risk of utility strikes. 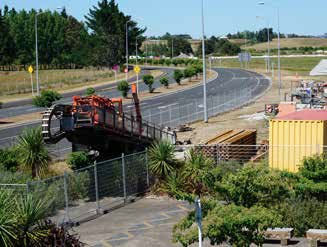 Achieving greater accuracy comes down to professional practices in the locating industry, project budgets that allow for comprehensive and detailed locating, and a longer-term view over short-term cost savings.

While HDD offers significant benefits, it also poses real risks to our future ability to re-locate some underground infrastructure.

Better installation practices, use of tracer wire, precision locating, and a long-term perspective are essential if we are to avoid unnecessary future damage to underground services.

Innes is founder and Specialist – Utility Mapping at Utility Location Services, a New Zealand based professional utility location company. He can be reached at innes@utilitylocation.co.nz.

2 thoughts on “Horizontal Directional Drilling: Its Impact On Utility Location”