Hidden In Plain Sight: Putting The Wrap On Risks Of Underground Electrical Vault And Manhole Events 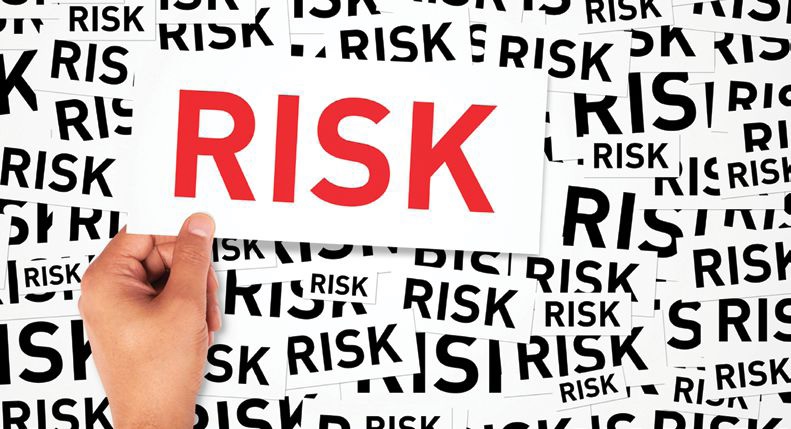 “Out of sight, out of mind” has its advantages and disadvantages. Keeping underground electrical vaults out of mind can be a costly oversight.

For the most part, underground vaults and manholes are out of sight, and that is good. It means they are performing as designed. They are keeping electrical transformers, switches and cables out of sight, preserving aesthetics, and keeping wires away from damage that could be inflicted by storms and high winds. But when these vaults do come into sight, they can be explosive, literally.

Explosive gases accumulate in electrical vaults and manholes and can ignite through an electrical fault. The result is what the utility industry calls a “media-worthy” event of either a smoker (underground release of smoke without overt explosion or fire), fire, or an explosion capable of blowing a manhole cover several stories into the sky. Underground vault explosions can damage property, cause injury and even fatalities.

To frame the exposure, the Institute of Electrical and Electronics Engineers (IEEE) published a white paper in 2015 estimating that there are approximately 20 million manhole structures throughout the United States; 10% of them, or 2 million, are electrical manholes. According to one estimate by T&D World, there are 2,000 smokers, fires and explosions (manhole events) in underground vaults every year, or about five events per day. In a 2014 report, Consolidated Edison reported 3,369 manhole events, including 32 media-worthy explosions, during the year. Nearly 90% of those incidents were caused by the deterioration of cables, both high voltage and service insulation, which implies that many of those events were preventable. In July 2015, after five underground vaults exploded in two separate incidents two weeks apart in Long Beach, California, leaving thousands of customers without power, Southern California Edison (SCE) conducted inspections of all its vaults.

At roughly one event per 1,000 vaults, the frequency of these utility malfunctions may appear low, but given that there are an estimated 2 million vaults and manholes nationwide, the problem is not insignificant.

The California Public Utilities Commission (CPUC) requires investor-owned utilities (IOUs) in California to implement a data-driven, riskbased, decision-making framework as part of their risk management process. The requirement, referred to as a Risk-Assessment Mitigation Phase (RAMP), is designed to provide: (1) transparency and a better understanding of how safety risks are prioritized, and (2) accountability for the ways in which risk is managed and mitigated. RAMP is only required in California thus far, but it offers a blueprint for other Public Utility Commissions and utilities to follow for upgrading their own risk management processes.

As part of its RAMP filing, SCE has identified underground vault and manhole “events” as one of its top risks. SCE has approximately 40,000 electrical vaults and manholes with an estimated rate of 20 “explosions” per year.

A recent KPMG survey found that several U.S. utilities still use a “matrix” approach to assess risk, collecting the opinions and experiences of Subject Matter Experts (SMEs) to identify risks and predict the likelihood of outcomes. The matrix methodology can bring with it, however, prejudices inherent in the perspectives of SMEs.

As an alternative, the “bow-tie” approach brings together a combination of hard data, metrics, and analytical software to identify risk-drivers and risk outcomes and consequences, leveraging and challenging SME’s tacit knowledge, and supported by a defensible, fact-based approach.

At the center of the bow-tie approach – and the center of the graphic used to depict the approach – is the definition of the risk event, such as failure of the underground vault. The left side of the bow-tie graphic identifies the drivers that lead to the event such as failure of cables, switches or transformers. The right side of the bow-tie identifies and defines the outcomes such as an explosion and uncontrolled release of energy, and consequences of the event such as service disruption, injuries, and financial loss.

In SCE’s RAMP filing, the utility observed an incidence of 1,845 underground equipment failures per year from 2015 through 2017 and was able to utilize that data to project failure rates into the future.

In the outcome analysis, the utility conventionally relies on historical data to determine the likelihood of a triggering event. However, this traditional approach is insufficient for regulatory modeling purposes and utilities need a new data-tracking process.

For SCE, the bow-tie analysis showed that nearly 99% of all underground vault failures are non-explosive events, which allowed the utility to better summarize and project the risk dimensions of outcomes and break down their potential consequences. The bow-tie analysis also allowed SCE to quantify the consequence of the overwhelming majority of underground vault and manhole failures, which clustered around reliability and financial impacts. SCE projected an annual average of about 167.4 million reliability events with a financial impact of $51 million.

Bow-tie analysis of underground equipment failure can be translated into programs that identify problems, their causes, and their probability, to devise plans to mitigate their occurrence and measure the effects of those mitigations. Bow-tie analysis also allows a utility firm to tailor its plans in order to focus on areas likely to have the greatest impact on mitigating drivers, outcomes, and consequences.

Those programs are mainly aimed at mitigating the drivers of underground vault failures. To mitigate the outcome and consequences of vault failures, SCE has engaged in a Cover Pressure Relief and Restraint (CPRR) program that replaces standard manhole covers with covers that are designed to both relieve built-up pressure and restrain themselves during explosive events. The program decreases the likelihood of serious injury or large-scale consequences from a vault explosion.

Risk is a fact of life for all organizations. Large numbers of underground vaults and manholes means underground equipment failures are not likely to be entirely eliminated. But an analytical and data-driven approach to risk identification and mitigation, such as the bow-tie approach, can be the first step toward building a safer, more reliable, and more resilient electrical grid and distribution system.

The bow-tie approach represents a more rigorous and analytical framework towards risk management. It is an approach that utility management can begin to embrace by developing systems to gather the relevant data and tools for risk analysis, by developing devices to measure and analyze effectiveness, and by considering prevention and mitigation strategies that can impact drivers, outcomes and consequences.

Arun Mani is the leader of US Power and Utilities strategy and transformation in KPMG’s Strategy practice. He can be reached at arunmani@KPMG.com.

PrevPreviousSecuring The Grid: Does Your Plan Measure Up?
NextGovernor Polis announces boards and commissions appointmentsNext