IN AUSTRALIA, Utility Information Day was held in the city of Parramatta on March 19, 2019. The day concentrated on giving utilities and underground asset owners the opportunity to gain knowledge on the emerging technologies regarding the protection of our aboveground and underground networks. 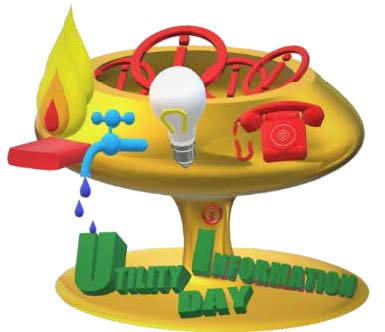 There were more than 60 representatives from various utilities and the industry. Several professional speakers also spoke at the event.

It was the first time such an event had taken place in the state of New South Wales and it allowed the various utilities and authorities to network and exchange ideas on the emerging technologies and issues associated with the prevention of asset strikes.

There were several informational categories presented on the day. The following is a summary of the key learning points.

Several lawyers spoke about dispute resolutions. There are different human perspectives on how and why a damage has occurred. The dilemma: People see two ways to negotiate — soft and hard.

There are a series of legal processes: Negotiation, Mediation/Conciliation, Arbitration and Litigation.

People: Separate the people from the problem

Interests: Focus on interests, not positions

Options: Generate a variety of possibilities before deciding what to do

Criteria: Insist that the results be based on some objective standard

The lawyers recommend that we delay responding to difficult issues and do a proper research on the damages and the primary cause of the incident. They strongly recommend that we avoid litigation as the only real winners are the lawyers.

Sydney Water is using the Internet of things (IOT) for their wastewater and stormwater assets. Some of the assets are over 140 years old and are manually operated.

For over two years, the IOT has allowed for near-real-time asset performance analytics leading to better asset performance and customer outcomes. It is hoped that in the future, Sydney Water will know the status of the network, visibility of degradation, and have a more accurate technical evaluation of its network in real time.

Video is another source of data; it is estimated that there will be over 30 billion IOT devices by 2020. It is highly believed that video analytics will add great value to IOT. In the future, Artificial Intelligence (AI) will automate more of this decision-making such as quality assurance, traffic control and process optimization.

Kaltura has estimated that by 2020, nearly a million minutes of video will cross the network every second, and much of that will be machine generated.

Utility detection is a global issue. The outdated workflows from another era is sequential and slow. Data interpretation is critical from machines on location and should be processed in real time.

Vivax-Metrotech spoke about the current network locators and CCTV. Some key features included: vibration to alert of shallow utilities, tilt, overhead wires etc. A bar graph changes color to show the level of uncertainty due to distortion, vector location that will show the distance offset and the depth, sonde location (an arrow helps to find the sonde), then a symbol to show where it is and records the locate with real time clock on internal storage.

Transport NSW – Sydney Trains also discussed how they are developing a competency framework for locating of underground services in the rail corridor. Locators that are not certified can fail the signalling systems of the rail network by using the wrong locator frequency.

Drones are not as good as aerial surveys for mapping & topography.

The current GDA94 will be up to 1.8m out by 2020. Most companies give the greatest survey focus to topographical data but the least attention to utilities. Precision positioning will contribute 2.1% of Australia’s GDP by 2030.

The telecommunication company Telstra has a Damage Avoidance & Recovery Program. This consists of the importance of data, cost recovery and avoidance of the damages.

Good data capturing of damages is critical to future prevention:

• Know about your damages

• Use of One Call service

• Primary & secondary causes – why did the damage occur?

7. Future of Utilities in NSW – the need for Collaboration

If NSW was a standalone country it would rate in the top 30 countries globally. It has a GDP of nearly $450 Billion AUD. Over the next 10 years between all government levels, there is a prediction of expenditure close to 100 billion AUD on transport infrastructure.

Projects evolve as they are being constructed, what was planned changes as projects develop. Project teams do not allow sufficient funds and time for planning to occur. This causes unnecessary delays to projects, which translates into increased costs. It is well established that utilities have a major and central role in the overall planning, delivery and cost of new infrastructure roll-out.

The future of damage strike prevention to our utilities will be focused on how we embrace technology and how we interact with Artificial Intelligence, which will require better planning and better collaboration between utilities and government agencies. Early works, and enabling works to protect existing assets, will be the way of the future.