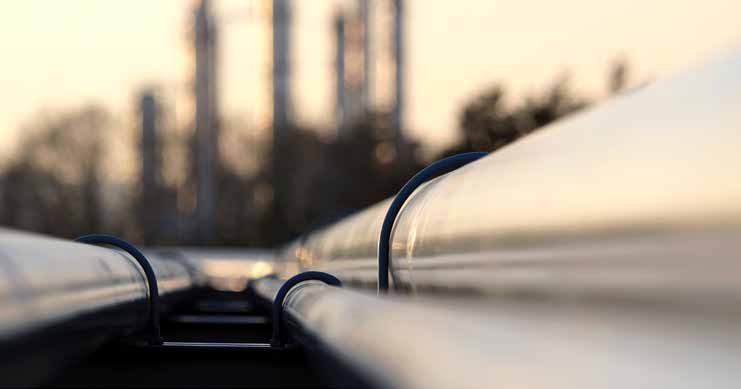 Oil is one of the most valuable resources available to us on earth. The derivatives of crude oil have made our rapid advancement into the 21st century possible. We use it to power our cars, heat our homes, produce an astounding variety of consumer products, and that is just the beginning. It is tightly woven into the fabric of our society and has helped us provide for the more than 7.6 billion people on earth today. So, the question is, how do we continue to harness this valuable resource and provide it to those who need it in the safest, most efficient, and cost-effective way possible? When it comes to transportation, there are four primary ways in which oil and gas are moved — pipeline, rail, truck, and boat. For this analysis we specifically compare the efficacy of pipeline and rail. Let’s begin.

No method of oil transportation is completely safe. This is evidenced by tragic and inexcusable events such as the Lac-Mégantic rail disaster that occurred on July 6, 2013, which resulted in the deaths of 47 people, and the Kalamazoo River oil spill which was the largest and most expensive inland oil spill in the history of the United States. That said, these major calamities are rare regardless of the transportation method being employed.

Michal Moore, Director of Energy and Environmental Policy at the University of Calgary, states, “when it comes to pipelines versus rail, [this] is a discussion we need to have [and] it needs to start with safety.” According to the Fraser Institute, an independent public policy research organization based in Vancouver, the rate of hospitalization for pipeline workers was 30 times lower than those involved in transporting oil by rail. According to 2015 estimates from the United States Department of State, “rail transportation of oil is responsible for 712 injuries and 94 deaths per year, while oil pipelines are responsible for three injuries and two deaths per year.”

Regarding oil spillage, the picture becomes a bit more complex. Many pipeline advocates state that there is a higher frequency of accidents with rail transportation and on the flip side, rail advocates state that the amount of oil spilled from a pipeline failure far exceeds that of a spill related to rail failure. According to data from the Pipeline and Hazardous Materials Safety Administration (PHMSA), both sides are technically correct. One key metric that may be overlooked, however, is the overwhelming majority of gas and oil is shipped by pipelines and, therefore, it is unsurprising that a larger cumulative total of spilled oil is attributed to it. According to Kenneth Green, former Senior Director of the Centre for Natural Resource Studies at the Fraser Institute, “In every year from 2003 to 2013, pipelines experienced fewer occurrences per million barrels of oil equivalent transported than did rail. Overall in this period, rail experienced 0.227 occurrences per million barrels of oil equivalent transported compared to 0.049 for pipelines.”

Over the past several years, numerous pipeline construction projects have been halted due to public protest, lack of funding, and regulatory concerns among other issues. This lack of sufficient pipeline capacity has led to the proliferation of oil transportation by way of rail. Unfortunately, it has been made evident that our current rail infrastructure was not built to carry the burden of transporting the sheer quantity of gas and oil in the same way that our 2.5 million miles of pipeline infrastructure was. According to the Energy Information Administration, from 2010 to 2014, rail crashes rose from nine in 2010 to 144 in 2014. Another revealing statistic is that from 1975 to 2012, transportation by way of rail resulted in approximately 800,000 gallons of spilled oil. In 2013 alone, that number was far surpassed as nearly 1.5 million gallons of oil were spilled, according to data from PHMSA. 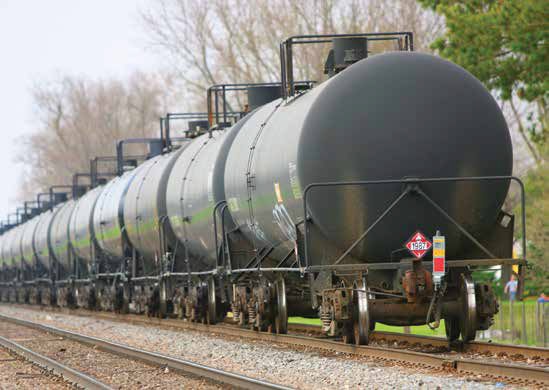 Air pollution and greenhouse gas emissions are a societal concern as well and, therefore, should factor into this discussion. Karen Clay, professor of Economics and Public Policy at Carnegie Mellon University, asserts that oil transportation by way of rail has “serious public health impacts.” In 2014, at the Bakken Formation in North Dakota, Clay “quantified the air pollution and greenhouse gas cost of diesel emissions [and] found that the environmental and health costs of transporting oil by rail are double the cost by pipeline.”

More recently, pipeline capacity has not been able to keep up with the renewed North American oil production and, therefore, transportation by way of rail has become more in demand. Although safety concerns remain, the AAR has been urging federal regulators “to toughen existing standards for new tank cars” and the rail industry has started to adopt more “advanced safety-enhancing technologies” such as wayside wheel bearing detectors. One advantage transportation by way of rail has it that it is inherently more flexible than pipelines thanks in large part to the 140,000 miles of preexisting track (that just need to be upgraded) in the United States. This allows for relatively quick transportation to the 135 oil refineries in the United States on short notice.

It is not abundantly obvious which method is more cost effective. Ryan Kellogg, Professor of Public Policy at the Energy Policy Institute at the University of Chicago, had this to say about pipelines, “once you have the upfront investment done, they are a very low-cost, very reliable way of moving oil from point A to point B.” According to Oil & Gas Journal, that upfront investment is to the tune of $6.57 million per mile of land pipeline construction; quite a steep investment to make compared with that required to retrofit existing railroad tracks. Tyson Slocum, Director of Public Citizens Energy Group, argues, “pipelines are simply too costly and complex to build all over the country. Instead, the Department of Transportation should increase safety regulations over already-existing rail transportation systems.”

These are all fair points, but when we assume the infrastructure put in place will be used for decades to come, transportation by way of pipeline seems to be the better choice. For example, the Keystone XL pipeline is designed to carry about 830,000 barrels of oil a day. A train of 100 rail cars carries about 70,000 barrels of oil and would take three days to make the same trip from Alberta to the Gulf Coast. Further research suggests the annual cost difference between oil transportation by way of the Keystone XL pipeline and rail will eclipse $50 billion. To deconstruct it further, the Congressional Research Service suggests that the per barrel price of oil transportation is $5 by pipeline and somewhere between $10-15 by rail.

Our increasing global energy demands require a push to further investigate and develop renewable energy sources, but that it is not to say fossil fuels, such as oil and its derivatives, will be replaced. Far from it. For decades to come, gas and oil will continue to play a pivotal role in the ever-changing global energy mix and we must decide how we are going to best ensure it is safely and reliably distributed to all those who rely on it. The evidence seems to support pipelines as the more favorable choice as it relates to safety, efficiency, and cost effectiveness, especially when viewed with a long-term perspective. In the end, I think we can all agree that, regardless of transportation method, we must focus our collective effort on the shared responsibility of improving the overall safety culture and push beyond compliance standards to ensure that we are good stewards of this natural and limited resource we have been given.

Michael Sovereign is a Damage Prevention Professional staff writer. He welcomes your response to this article. Email your thoughts to the editor at michele@emailir.com.