A Commitment to EDUCATION

A little over a year ago, representatives of Dig Safely New York, Inc. with a vision joined industry stakeholders and state officials on an empty four-acre plot of land. On April 9, 2019, that vision was realized as the doors to the future of safe excavation and underground damage prevention were opened.

Dig Safely New York representatives were on hand to celebrate the grand opening of its new Center for Damage Prevention with its members, stakeholders, state officials, One Call Center representatives from around the country, and Common Ground Alliance President Sarah Magruder Lyle.

The state-of-the-art One Call and training center was erected to accommodate both current and future growth of the organization, meet current and future industry needs, and further the reach and depth of education provided to industry professionals. With an indoor dig area big enough to operate an excavator, the building can provide year-round access to classes, certifications, and demonstrations, as well as be used as an indoor test bed for the research and development of damage prevention and damage detection technologies, underground facility locating technologies, smart infrastructure technologies, excavation technologies, and more.

“The timing for the Center for Damage Prevention couldn’t have happened soon enough,” said Kevin Hopper, Executive Director of Dig Safely New York. “New York’s everchanging landscape has had a significant impact on the excavation industry and, in turn, the One Call process over the last decade. The aging infrastructure, increased state investments towards infrastructure maintenance, replacement, and new installations, as well as general weather constraints in the state have created an environment that demands skilled laborers across the industry. These problems, coupled with a need for excavator education in safe digging best practices, present the greatest threat to our underground infrastructure in New York State.”

For context, over the last two years, nearly half of a trillion dollars has been allocated from New York State Executive Budgets for infrastructure investments. Even in the first half of this year, the organization and its stakeholders have seen how the substructure of the system is struggling to keep up with the demand. With excavation season in New York state commencing in March, location request volume as of May 31, 2019 was already more than 9% over last year. As a result, the strain in the damage prevention process is already being felt.

The lack of desperately needed utility locating technicians is causing delays in projects vital to improving New York state’s infrastructure crisis. This facility is meant to help ease this skilled labor gap by bringing jobs and improved safety to the state. 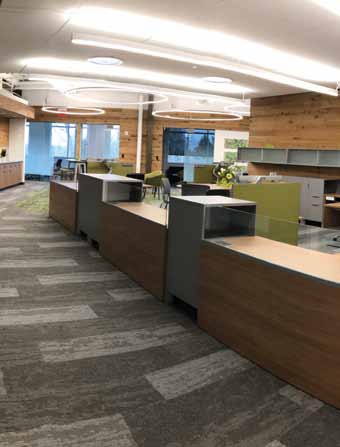 With every passing year, Dig Safely New York has been pushing the limits on the value we can provide to the industry, from building its own Damage Reporting System to get real-time information to build proactive strategies for improvement, to transforming its educational programs into experiential-based programs to further comprehension for the adult learner.

But now with this new facility, the organization’s services and programs can go to a critically needed new phase. Training on safe digging best practices, heavy equipment operation, hand digging alternatives, emergency response procedures, underground utility line locating, and more are essential to those in, and going into, the construction industry.

The issue in New York state, though, is a common one in the northeast. With seasonality of construction season spring through fall, companies cannot afford to send their employees to training instead of jobsites. For this reason, Dig Safely New York took its commitment to education to the reality of its new 21,000 square-foot building.

The new facility contains an array of services and capabilities which Dig Safely New York believes to be unlike any other damage prevention facility in this country. The training aspects and the building will enable individuals to gain jobs, companies to hire more skilled workers, utilities to further their research and damage prevention efforts, stakeholders to have a facility to conduct their own education, and so much more.