Canada is a very large nation, spanning more than 3.8 million square miles. Within Canada, there are 10 provinces and three territories. Each of these jurisdictions have unique regulatory requirements with respect to damage prevention. 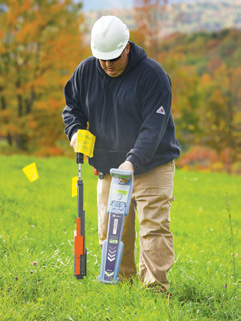 Unlike the Common Ground Alliance in the United States, which started as a continuation of national efforts, the Canadian provincial groups were initiated individually. In 2006, the Canadian Common Ground Alliance (CCGA) national committee was formed in order to address concerns from a national perspective. Although draft legislation (Bill S-229) is forthcoming, there is currently no single piece of legislation in Canada related to preventing damages to underground infrastructure.

In 2012, the province of Ontario passed provincial legislation making it a legal requirement for all utility infrastructure owners to register their assets with Ontario One Call. This legislation made it mandatory for contractors and homeowners to locate buried lines and pipes before they break ground on their projects. Ontario is the only jurisdiction in Canada with comprehensive legislation making it a legal requirement to request a utility locate before digging. Not surprisingly, the legislation has been attributed to reducing damages to underground infrastructure by 60% since inception.

In Western Canada, Alberta is the only province with dig safe legislation; however, their legislation is only applicable to pipelines. The remaining balance of the provinces have no legislation.

If Bill S-229 is passed, it will make it mandatory for operators of underground infrastructure in federally regulated industries, or owners of infrastructure on federal land, to register the infrastructure with each provincial One Call center. In addition, workers excavating in federally regulated areas will have to submit a locate request. In Canada, less than 11% of land is in private hands. Of the remaining crown land, 41% of it is federal crown land and 48% is provincial crown land. Bill S-229 would bring damage prevention legislation to 41% of Canadian land.

Even though Canada’s regulatory environment is not consistent across the country, the provinces do collaborate and have a national Best Practices document. Damage information is submitted to the Damage Information Reporting Tool (DIRT) and a regional DIRT report and a national summary is developed to allow for local root cause analysis of the information, helping to decrease damages per thousand.

Another example of successful collaboration can be found in Ontario, where a number of major infrastructure owners collectively work together to increase damage prevention and awareness of public safety. The provincial Locate Alliance Consortium (LAC) has been very effective in reducing damages even though the number of locate requests has increased dramatically year-over-year.

The LAC is a purchasing consortium and, using CCGA Best Practice 3-4, a single locator is used to locate multiple facilities. The benefits include increased safety, reduced locating errors and subsequent damages, and reduced costs as infrastructure owners collaborate on bulk purchasing and increased efficiencies.

There is no easy path to eliminate infrastructure and facility damages, but through increased awareness, legislation and a cooperative approach, we strive to work together to ensure public safety and reduced asset damages.

Brad Gowan is Business Development Manager at OEC. OEC performs approximately half a million locates annually between its family of companies, G-Tel Engineering and PVS Contractors. Brad supports on-going damage prevention as a Board Member on the Ontario Regional Common Ground Alliance.