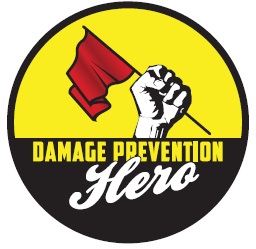 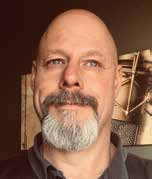 Nominated by Christopher Koch, ZoneOne Locating, Jeff Hall has been the “go to” person for compliance on gas issues for a decade or more. Christopher met Jeff nearly 15 years ago when Jeff was recommended as a candidate for a regional trainer position on a newly developed training team. The original team was given near total freedom and spent a year putting together an entirely new training program for UtiliQuest. Early in the process, they received many calls from local managers who had questions on OQ. Realizing they needed a point person on OQ, Jeff took up the mantle and ran with it. Jeff led the first serious effort to provide a consistent, proactive, companywide approach to OQ; getting the company out of a reactive mode and introducing real leadership in that arena.

Jeff’s contributions to UtiliQuest’s training programs don’t stop there. Jeff has been a major contributor to the development of a UtiliQuest program used to alert excavators on the location of locate marks and buried utilities. Greg Morganfield, Damage Prevention Coordinator with LoneStar 811, mentioned, “As a locator, Jeff accepted the most challenging assignments earning him recognition on several occasions. As a trainer, Jeff wrote lots of training material relating to safety, damage prevention, and standard operating procedures. Jeff is often used as a subject matter expert in a wide variety of situations.”

A humble perfectionist, Jeff is one of those people in damage prevention who really takes it personally. He does whatever, whenever, to get the job done.

Jeff has achieved successes across the damage prevention industry. He has served as an advisor to the Nucla Standards Committee, spoken on the topic of Locate Theory, volunteered multiple years at the International Locate Rodeo where he was very serious about recognizing and rewarding the hard work and effort of field level technicians, and has contributed articles to Damage Prevention Professional.

“A humble perfectionist, Jeff is one of those people in damage prevention who really takes it personally. He does whatever, whenever, to get the job done.”

Koch has no doubt that through his training and support (as well as his thousands of successful field locates), Jeff’s dedicated hard work has saved lives. “As a locating technician, as an instructor, and as a manager, Jeff is peerless in his focused pursuit of excellence.”

An expert is a person who has a comprehensive and authoritative knowledge of, or skill in, a particular area. Kimberly Kosky, Director of Process Improvement & Training with UtiliQuest, said, “There are many experts in the industry and Jeff is one of those who not only possesses the experience and knowledge but also takes every opportunity to share what he has learned. He coaches trainers, supervisors, managers, and beyond to help them be successful in their respective roles.”

So, in narrowing down Jeff’s long list of positive qualities, what makes him a Damage Prevention Hero? Jeff gives of his knowledge, time, and energy to help others in their pursuits. Kosky’s thoughts were echoed by Morganfield, “Jeff is an expert when it comes to training. He’s always well prepared to deliver the damage prevention message, and Jeff ensures that his trainers are prepared to emphasize that message as well.” There is no question Jeff carries the damage prevention message wherever he goes.

When he is not spreading the 811 message within his community or with fellow travelers at the airport, Jeff can be found generously volunteering with Operation BBQ Relief. Operation BBQ Relief was founded in May 2011 in response to a need for relief efforts in tornado-stricken Joplin, Missouri, a community of about 50,000 residents. Volunteers from competition BBQ teams from eight states answered the need to help feed displaced families, police, fire, National Guard, and emergency personnel. Their mission strives to provide compassion while offering hope and friendship to those whose lives have been affected by disasters across the United States.

The values of Operation BBQ relief – honesty, compassion, friendship, hard work, and respect for others – mirror the words heard when someone is describing Jeff. When looking to describe his core characteristics people have used dedicated, conscientious, bold, intelligent, compassionate, loyal, generous, and diligent.

Kimberly Kosky summarizes Jeff well, “He is an amazing individual who is a humble and active person in the realm of public safety. He is willing to help those in need. I am honored to know and work with Jeff Hall.”