A Dedication to Damage Prevention that Inspires 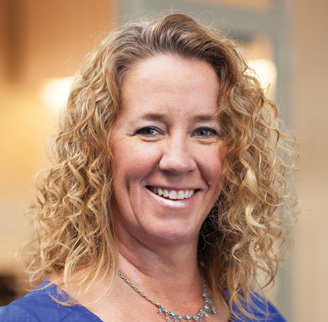 Stephanie has been described as an intelligent, optimistic, determined and passionate individual who has inspired others to take action and make waves in the damage prevention community. Over the last few years, her involvement in the Day of the Dozers, a program that provides an opportunity to educate families about the construction industry, while at the same time raising money for Children’s Hospitals & Clinics of Minnesota, helped raise more than $47,000 in 2017 alone. During the event, MNCGA members provide safe digging activities for children to participate in, such as a safety flag game, locator game and paint bowling game to further the safe digging message.

“Being described as a ‘true non-profit guru’ who ‘inspires others to do the right thing’ are two of the many reasons Stephanie has made such an impact.”

Being described as a “true non-profit guru” who “inspires others to do the right thing” are two of the many reasons Stephanie has made such an impact. Her work with the MNCGA has been a great asset to the utility contractor community, as she always brings this perspective to the table, giving excavation professionals a voice when talking about ways we can all work together to improve damage prevention and safety. As someone who isn’t afraid to discuss an issue or problem that needs to be solved, Stephanie continues to work hard to make sure every perspective is given.

Joe Groebner, President of GROEBNER, has known Stephanie for more than 20 years. Recognizing the excellent work Stephanie did for MEA’s Gas Operations Conference, he notes she “always strived to make the experience better for all attendees.” Similarly, Jeff Law, Vice President of Technical Services at KorTerra, describes Stephanie as “a very outspoken proponent of safe digging practices.”

Stephanie is the founder of Energetic Women, a national organization for women in natural gas and electric utilities, whose mission is to increase the pool of promotable women in energy operations and engineering. She has also been involved in a number of groups, including serving on the Board of Directors for the Midwest Society of Association Executives and as a National Night Out Block Leader in the Northrup Neighborhood in South Minneapolis. Stephanie continues to make a difference in each group she has worked with.

Jeff Law put it best when he said, “Stephanie is an amazing individual. She is [an] extremely passionate person when it comes to the organization she represents.” For that reason, and many more, Stephanie Menning is a prime example of a true Damage Prevention Hero!