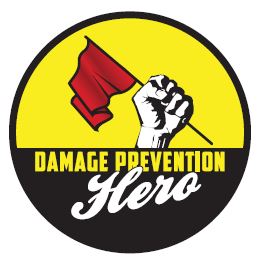 A True Partner in the Damage Prevention Process 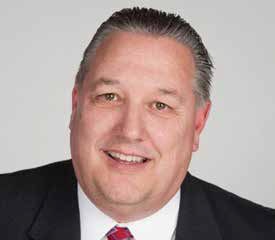 FRANK BEDTKE BREATHES DAMAGE PREVENTION. FOR MORE THAN EIGHT YEARS, FRANK HAS CHAIRED THE GREATER CHICAGO DAMAGE PREVENTION COUNCIL WITH THE MINDSET, “IT’S TIME WE START TREATING THE EXCAVATOR AS THE SOLUTION RATHER THAN THE PROBLEM.”

Frank partners with representatives from facility owners and operators, the City of Chicago DIGGER system, excavators, state and local governments and others interested in the protection of underground facilities. He provides an open forum for member organizations to share ideas which will result in minimized damages to underground facilities by taking a proactive approach by partnering with those engaged in excavating in the City of Chicago. Simply put by Dave Van Wy, Damage Prevention Manager with JULIE, Frank is “my Chicago go-to guy”.

Frank truly embodies all components of the Council’s mission to prevent damage to underground utilities, construction safety through education, the need to Call Before You Dig, and the need to coordinate work activities.

“Frank practices what he preaches and is responsible for changing the thought process on damages caused by excavation in Chicago.”

The conversation around safety lives through the Council’s monthly meetings hosted by member organizations. Frank Sintich, Director of Business Development with Benchmark Construction Co., said, “Frank works tirelessly to keep the Council’s active members engaged. He continues to strive to get the damage prevention messaging out to excavation contractors and facility owners in Chicagoland.”

Call Before You Dig

When asked about Frank’s education and promotion efforts, Tony Abruscato, President of Chicago Flower & Garden Show, said, “What does Frank not do to promote damage prevention?” Frank’s drive to constantly seek opportunities to improve communication and awareness is how he met Abruscato. They partnered to DP create the NPL Consumer Safety & Awareness Garden at the 2014 Flower & Garden Show.

Not one to be afraid to pick up the phone or call with an idea or program he would like to create, Frank has several programs he is often commended for. Frank worked to have early adoption from Chicago Home Depot stores to carry the 811 message, complementing the CGA’s national campaign that followed. He was also integral in creating a new feature at the 2018 Taste of Chicago. Held August 2018, the inaugural Safe Digging Awareness Garden debuted at the Taste. With over 1.75 million people estimated to visit the Taste this year, it’s a great venue to promote the Call Before You Dig message and 811.

Robbie Sonnemann, Construction Manager with John Burns Construction, appreciates what Frank has done to facilitate conversations bringing together the city, locate companies, private facilities, and contractors to be a safer Chicago.

When learning about all Frank has done for the industry, it’s no surprise to hear him described as unwavering, loyal, honorable, hilarious, honest, charitable and authentic. Abruscato added, “Thank you, for caring and changing how we should think about safe excavation.”

Frank’s involvement with JULIE has helped spread the damage prevention message outside of the city to have an impact on the entire state; the ripple effect of his influence and its true reach may never be known.