A record 800+ damage prevention stakeholders gathered in Phoenix on March 7 for CGA’s 2018 Annual Meeting and Breakfast. Thank you to all who traveled to Phoenix for the 13th Annual CGA 811 Excavation Safety Conference and Expo and helped make the meeting a remarkable success. 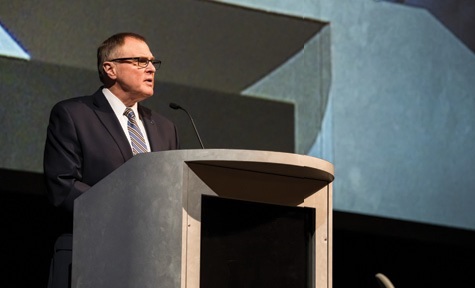 Each year, the Hall of Fame designation is given to CGA members who have served the organization for a long period of time and whose impact has left its mark in a positive and memorable way. This year, CGA was honored to induct Jeff Wiese (TRC Solutions), who in his previous role at PHMSA demonstrated leadership, support and a commitment to safety that helped establish the CGA and develop it into the organization it has grown into today. 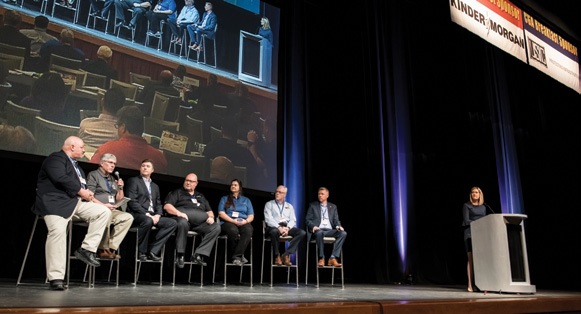 Cox Utility Services was presented with the ninth annual President’s Corporate Excellence Award by CGA President and CEO Sarah Magruder Lyle. The President’s Award is given annually to a company or organization that has shown leadership and innovation in support of damage prevention during the previous year. By producing and sponsoring the 811 Hot Air Balloon’s national tour in 2017, as well as two new 811 Balloons and their cross-country 2018 tour, Cox Utility Services has brought an exciting new public awareness tool to the CGA membership. 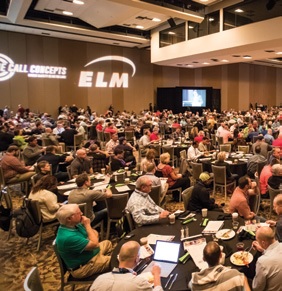 Presented each year to a CGA member whose dedication and service to the organization went above and beyond the call of duty throughout the year, Chris Thome of Rhino Marking and Protection Systems was presented with this year’s Ron Olitsky Member of the Year Award. Chris is a tireless advocate of damage prevention efforts and strives to promote new and unique ideas like the 811 Runs and agricultural outreach campaigns to bring attention to 811 both at Minnesota’s regional CGA, as well as to CGA’s national Educational Programs & Marketing committee. 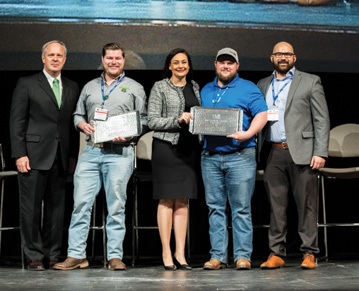 DJ Stukas and Joe Karpenske of Cox Utility Services were honored with this year’s JimBarron Awards in recognition of their dedication to efforts enhancing underground damage prevention. DJ and Joe make up the 811 Balloon Crew and literally have gone above and beyond for damage prevention as they tour the country with the eye-catching 811 Balloons.

CGA presented two awards for its 811 Video Challenge submissions at the annual meeting and breakfast, in addition to screening the winning videos. South Carolina 811 was a first runner-up, while North Carolina 811 took home first place in the 2017 challenge to document 811’s first 10 years and predict its next decade through CGA’s time capsule video challenge.

Alabama 811 won CGA and Cox Utility Services’ 811 Hot Air Balloon design contest with its Shov-elman balloon, which will be joined later in the year by Locateman. The new Shovelman 811 Balloon began its tour at the Call Before You Divot Classic in Phoenix. Follow Shovelman around the country through social media using #811Balloon.

PHMSA Administrator Howard “Skip” Elliott delivered the keynote address at the annual meeting. Mr. Elliott praised the work of the damage prevention community and ensured CGA members that PHMSA would continue working with advocates to reduce damages to buried infrastructure.

CGA Committee co-chairs answered questions about their collaborative efforts towards reducing damages to underground facilities. In addition to the co-chairs listed below, special thanks go out to all of those who serve on committees and are the driving force behind the success of CGA’s core programs:

To those who were able to make it to Phoenix this year, thank you! Additional information about the event can be found at CGAconference.com.