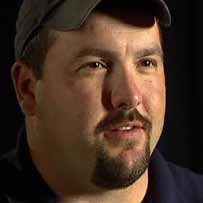 I want you to think about what I didn’t think about when I was a 27-year-old bullet-proof kid. I was just an average guy. I worked hard every day, five or six days a week, so I could take care of my family. I never thought about how a mistake I made could impact more than just me. The day of my accident changed the lives of my family, my friends and everyone I worked with.

The construction industry has leaders with years of seniority. Many have been around longer than 811 has. Most do their very best to always put safety first, but some of them continue to do things “the way they’ve always been done” because it has always been good enough in the past. Unfortunately, this thinking may lead to life-altering mistakes.

My boss had been digging ditches for 30 years and he trained his team to do things the way he had always done it. I had five years of experience as a union laborer and I got comfortable taking shortcuts and ignoring safety procedures. I didn’t want to wait for the safety equipment to arrive – I thought it was a waste of time.

As I left for work on the morning of October 4, 2002, little was different in my daily routine other than the wedding ring I had been wearing on my finger for six days. In my position as a laborer, I was tasked with installing water lines in a rural setting. Though the work was difficult, it gave me a sense of accomplishment and well-being. I knew I was providing well for my wife and me. At the age of 27, I felt my hard work was well-rewarded with an hourly wage of over twenty dollars. Things changed quickly. 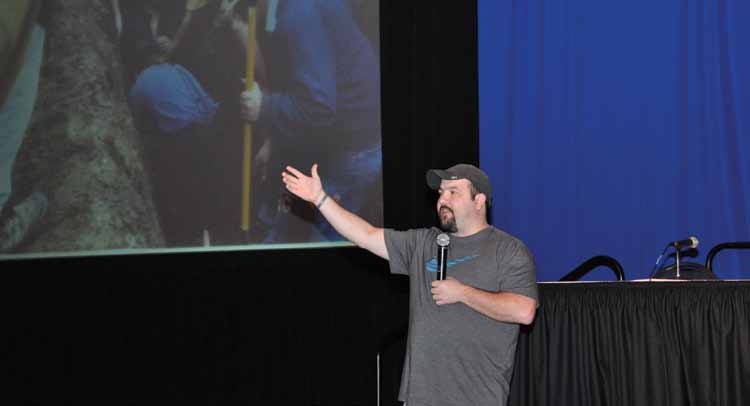 Working in a trench roughly six-feet deep, I crouched down near the pipe our crew had been laying. Without warning, the sides of the trench collapsed. Immediately, a sense of panic set in as I realized what had happened. Each breath I took was more labored than the last. The fear soon subsided into a sense of warmth and well-being. My concern lessened and I was at ease. I was dying.

My co-workers were faced with a critical decision. No one was sure where I was in the trench, they only heard my screams. They could use the backhoe in an attempt to reach me sooner, but what if they hit me? Shovels were a more delicate, and therefore safer, option but might take too long to rescue me alive. They decided to have the backhoe operator take two feet of soil off immediately, but the rest of the digging was performed by hand to protect me from further injury.

I was buried for 10 minutes before being uncovered. I was completely blue, with no pulse and no signs of life. Even though I was still partially buried, co-workers immediately began CPR as they waited for the ambulance to arrive.

Evacuated by helicopter to Strong Memorial Hospital in Rochester, New York, doctors explained to my wife that despite their best efforts I might not live and, if I did, it would likely be with severe brain damage. At approximately 4:00 pm that day (when I was supposed to be leaving for my honeymoon), family members comforted my wife and paid their last respects. Meanwhile, a trench box, which had not been previously available to the crew, was delivered to the now-vacant accident site.

Recently, after hearing my story, a grown man came to me with tears in his eyes. I was puzzled at first, but then I understood. He realized that it could easily have been him in my shoes.

A work-related accident changed my life. It is my hope that when I tell my story, it changes yours. As you go about your daily job, understand that shortcuts are dangerous and no one, not even you, should put you in harm’s way. I hope managers and laborers embrace the idea that safety measures have improved over the years and the best way to ensure all your team goes home safe every night is to learn about these new tools and use them every day, without exception.

Eric Giguere is a motivational safety speaker with Safety Awareness Solutions. To learn more about his story, improving worker safety, or ways he can share his story with your team, visit SafetyAwarenessSolutions.com