Mike Iadanza’s days are full of meetings, phone calls and decision- making. As Vice President of Marketing for USIC, North America’s largest underground locating company, he is responsible for conception, development and implementation of programs and campaigns that drive successful operations for both internal and external stakeholders.

Only a seven-year veteran of the underground infrastructure industry, Iadanza was named Bronze Marketer of the Year for USIC’s massive rebranding effort in 2015. “You can be good at what you do and still question every decision you make, when the reality of the situation is that people’s jobs depend on [marketing’s] ability to continue to drive business for our organizations,” says Mike. 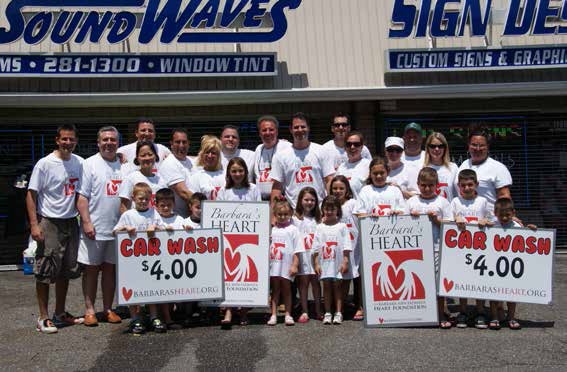 It’s this sense of accountability to people and desire to make a difference that led Iadanza and his family to create Barbara’s Heart Foundation (BHF) after the death of his mother in 2001. Barbara Ann Iadanza was the matriarch of her family and a boundless supply of energy and limitless love in their community. Although a busy wife, mother, sister, aunt, grandmother and friend, Barbara was an unwavering example to everyone she knew of prioritizing time, energy and resources to improve the lives of others. When Barbara lost a long battle to heart disease at only 56, her family knew that the best way they could honor her memory was to continue her efforts to love and support others. 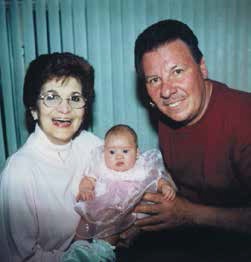 Barbara and her husband Robert, holding their first grandchild, Gabriella.

“The pain we feel from mom’s loss is being channeled to do some good in our community. It’s a community that has become like family. And it’s a beloved family member that started us on this path,” said Robert Iadanza, Mike’s brother.

The name “Barbara’s Heart Foundation” was a tribute not to commemorate the battle of her physical heart, but to immortalize the strength and size of her figurative heart in her absence. BHF is a not-for-profit 501c3; volunteers have generated and contributed over $65,000 to more than 21 organizations, causes and individuals over the past seven years – more than $200,000 since its inception! Primary fundraising events hosted by the organization include an annual Texas Hold ‘Em Tournament and bi-annual Golf Tournament on Iadanza’s native Long Island. The Iadanzas and friends of BHF host food drives, car washes and other events involving their children, reiterating to a younger generation the value of working hard for a greater cause – something Barbara was passionate about instilling in her own family.

“As one of three boys in a traditional Italian family, it has always been important to me to make my mother proud – even in her passing. Work is inevitable, right? We have to make a living, but jobs don’t determine success. That comes from a deeper sense of purpose, and my mother made sure we knew the difference,” Mike said.

If you are interested in learning more about BHF, you can find them online at barbarasheart.org. Donations can be made on the website via PayPal. You can also contact the organization via email at bobby@barbarasheart.org.