Q How has our Underground Mapping Documentation Practices Improved over Time?

A by Michael A. Twohig

TODAY’S MODERN utility locating technology and procedures have come a long way from the primitive tools our forefathers used in tunneling beneath the ground. Yet, in many ways, our current documentation practices have regressed. Lessons learned from pioneers in underground mapping can still be applied in today’s high-tech environment to continue a legacy of record keeping that is critical to safe and successful development. 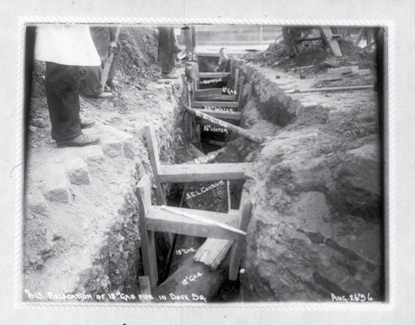 In the 1890s, Boston engineers, prompted by an urban population boom, set out to build the first United States subway system through the city’s narrow colonial-era streets. As they broke ground on the new transit system, the designers discovered that not only were the streets above ground congested with pedestrians, carriages, and trolleys, but the underground was congested with a web of buried facilities. The engineers tried to work with utility owners to compile plans for the utilities but were left empty-handed. The culprit: inadequate documentation.

Insights from the Boston Transit Commission 1895 report state, “The records of most of the underground pipes, sewers, and other structures laid years ago were imperfectly kept; in fact many such structures were built without any records of their location being made.” In the years following, the Boston designers brought in a subsurface mapping team to locate and meticulously map the existing underground utilities to avoid ever being without a map again. The plans and cross-sections discovered during these subsurface investigations helped planners, engineers, and cost estimators design early utility relocation contracts and expedite the Boston subway work, which was reported in 1897 as on schedule and on budget – an anomaly in today’s development environment.

Since the comprehensive mapping efforts of the nineteenth century, our industry has encountered technological revolutions that have transformed the way we map utilities. The latest advancements in remote sensing technologies, such as GPS and terrestrial LiDAR systems, allow us to efficiently map aboveground and belowground with immense accuracy, giving stakeholders a thorough understanding of site conditions before breaking ground. 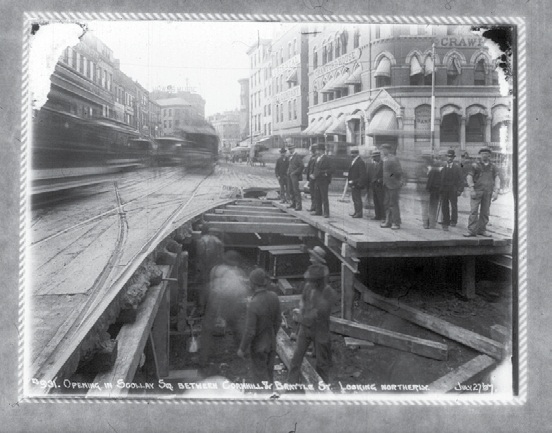 While the industry has advanced in data acquisition and processing, our data preservation practices have deteriorated. Ironically, when it comes to underground mapping, our new high-tech methods are often applied to work that has already been done by predecessors like the Boston designers. Despite the painstaking mapping efforts of our forefathers, the records of the past have been lost as we have become poor custodians of data.

The consequences of poor documentation go beyond just repeating work; they can lead to project delays, financial constraints, dangerous working conditions, and potential lives at risk. After the Columbia Gas explosion in Merrimack Valley that led to major disruptions, destroyed property, and even a death, the National Transportation Safety Board investigated and the report cited the probable cause of the incident as “weak engineering management,” including a lack of documentation and recordkeeping of underground assets.

Today, the question becomes, how do we locate, store, and retrieve critical infrastructure records? In many subsurface utility mapping programs, designers and planners have expanded locating methods beyond state One Call mark outs to include documentation of accurate subsurface information to integrate project teams. In conjunction, cloud-based solutions are growing in popularity to store and share vital records and documents, therefore, improving safety, access to data, and the security of knowing our information below is safe above. As new technologies emerge, we must harness them not only for doing the work, but also documenting the work. The recordkeeping principles from 125 years ago still stand true and continued innovation will allow us to be better custodians for our future generations.

Michael A. Twohig, is the SUE/SUM Services Director of DGT Associates. He is an international subsurface mapping expert with more than 35 years of experience in professional utility locating, mapping, damage prevention, and industry safety awareness.