IT IS PROVEN that on large infrastructure projects utilities are almost always at or near the top of the list in terms of cost overruns and delays to project schedules. It is well documented that the SUE process conducted in adherence of ASCE 38-02 prevents cost overruns and many articles and reports are available supporting this assertion.

Given the overwhelming compilation of data since the inception of the SUE profession and implementation in early 2000, it is hard to fathom that the methodical approach is not universal. 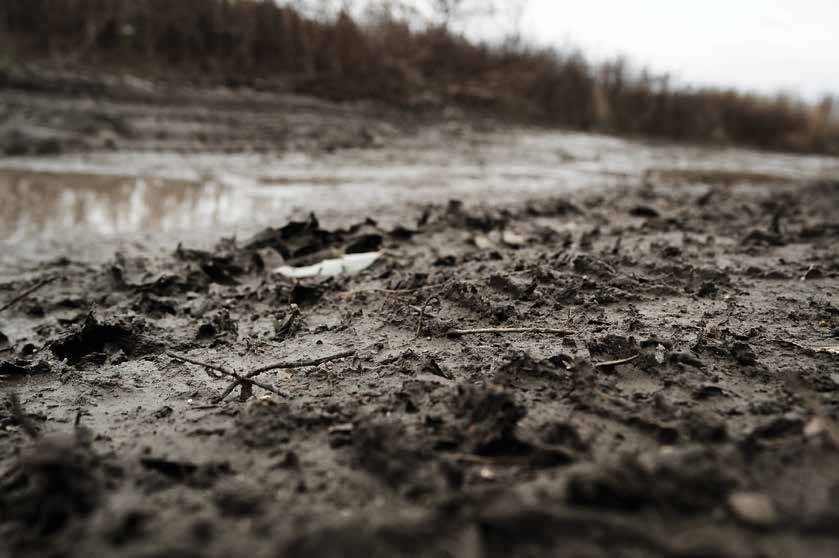 Recent examples in the extreme involve the California High-Speed Rail project that is potentially stalled after billions of dollars have already been expended on the project. In the CA State Auditors report published in 2018 (California State Auditor Report 2018-108 November 2018), the auditor clearly illuminates how utilities negatively impacted the project to date, stating in the report that, “The Authority also proceeded with construction in the Central Valley without completing agreements with utility companies or ensuring it had a full understanding of the magnitude of the utility infrastructure that it would need to relocate or how it would relocate those utilities. As a result, it could not properly budget for these costs.”

The audit is also backed up by real numbers concerning the impact of utility conflicts. In the report, it was stated that $400 million dollars in additional costs in one phase alone was attributed to utility relocations. The auditor summed this sobering figure this way, “Had it [the HS Rail Authority] developed a better understanding of the costs related to relocating utilities before beginning construction, it might have explored ways of mitigating those costs.”

Other sources, such as Caltrans, have weighed in on the High-Speed Rail project, also acceding that a major factor in the escalating costs due to refining of the scope and change orders involves both rights-of-way impacts and underground utility conflicts (Tim Sheehan, The Fresno Bee, August 11, 2016).

There are naysayers that exhort these cases are outliers, but the fact remains there are far too many recent examples of project cost overruns and delays due to utility conflicts.

As it stands today, the SUE profession is moving into the next logical level for the depiction and mapping of utilities, and that is the third dimension. 3D subsurface utility investigations are gaining more acceptance as advancements in 3D visualization are becoming mainstream throughout the engineering community. To date, there is no standard as with ASCE 38-02 specifically defining how 3D utility information is depicted and obtained, however, this is going to change very soon. According to James Anspach, ASCE Chair of the 38-02 update to 3D to be released in the next year or so, “there has always been the capacity to present 3D data in the existing standard as QLA exactly yields this and QLB depth information can also be obtained, however, extracting depths to utilities from geophysics is not mentioned as an accepted methodology in the standard.” The new standard, according to Anspach, will discuss utility depth measurements from several angles and provide the SUE profession with a consistent approach across the board.

Increasingly, SUE providers are delivering a 3D product as advancements in hardware and software are constantly improving. For example, the use of 3D GPR arrays is gaining traction and it is proven that these systems with their respective robust processing software provide the most accurate depth information relative to the complimentary methods for SUE. These systems are becoming more affordable and easier to handle in the field and can now survey at posted highway speed limits for the first time. However, it is important to understand that for 3D SUE investigations now and into the future, the final product will always be the integration of all information obtained through the investigation and that includes QLD through QLA.

Recent studies indicate that using 3D SUE reduces the number of test holes substantially. In some cases, this was as high as 80% (Feasibility of Mapping and Marking Underground Utilities by State Transportation Departments FHWA-HRT-16-019, 2018). This is a direct result of having better preliminary spatial awareness of conflicts so that a more focused test hole program can be implemented.

Robert Vasquez PLS, Business Development Manager for Survey and Geomatics at David Evans & Associates, Inc., has been a long-time advocate of 3D deliverables for his clients. Mr. Vasquez has been involved with several large urban 3D SUE projects where the utilities are inherently dense and difficult to disseminate in a 2D deliverable. Mr. Vasquez, working with GEL Solutions, LLC, was an early adopter of 3D subsurface utility investigations in California and recognized the value of advanced tools for 3D including GPR arrays early on.

Mr. Vasquez stated that, “Using the latest technology like the high-speed GPR Raptor® array adds a new level of safety on large urban corridor projects. In the past, with older 3D array technology, it was necessary to close lanes and have traffic control measures since the arrays cannot move at or near posted speed limits. These systems required a vehicle to follow the array to ensure an additional safety cushion. This does not even take into account that the entire 3D array approach eliminates crews from using hand-pushed GPR systems in the same busy corridors, and of course the data from an array is light years better than can ever be achieved with a single channel GPR system – they are simply not comparable.”

A recent major project involved mapping utilities at 36 rail grade crossings in 3D. The project spanned 10 miles for a new commuter rail expansion along an existing rail corridor. The agency in charge of resurrecting the rail service contracted with DEA to map the subsurface utilities at each grade crossing prior to the newly upgraded rail system. DEA engaged GEL Solutions for their SUE services with Jorgen Bergstrom P.Gp (CA) as the project lead, a veteran of 3D underground investigations, for all QLB activity including the high-speed array.

Mr. Bergstrom emphasized that the key to success for 3D projects is developing a solid workflow as to how all the integral parts of ASCE 38-02 are executed with the additional layer of the array data and the incorporation of depth information from array and conventional tools and methods, and understanding the limitations of each. The next level is working with an experienced survey and geomatics team that is part of the workflow from the field right through the CAD deliverable. Integration of all data whether EM, GPR, array, visual cues, QLD or any other tools that are effective for the detection and characterization of the underground environment involves a lot of moving parts and a clear understanding of which of these data, mixed with personal judgement, has the highest level of confidence relative to each other for the final deliverable.

According to Mr. Vasquez, “every project we’ve used our team’s 3D approach to mapping existing above and subsurface features, including utilities, has yielded a great value to the project by identifying not only those utilities not shown on existing utility plans, but also how each one of the utilities mapped co-exists underground and ties to aboveground features such as fire hydrants and pull boxes. When this 3D approach is used, the designer has the best information he can have without opening up the ground. Of course, this doesn’t eliminate the need for QLA investigations.” Test hole QLA results are currently running 90% in very dense corridors, demonstrating the value by eliminating unnecessary “dry holes” and reducing overall project costs.

The “All-In” approach is essential in that no tool or component is more important than another. An EM locator, a manhole lift, or crow bar have equal weight to GPR in the field, as well as any QLC and QLD information. It is the job of the utility professional to obtain as much information as possible prior to the QLA phase so that a solid, sensible test hole program can be implemented at the most critical conflict areas by the design engineering team. “All-In” is a winning concept on the gridiron as was famously coined by the National Champion Clemson Tigers football coach Dabo Swinney, tasking his team with this mantra in his first year as the head coach and eventually making collegiate football history. SUE firms and their supporting teams may not make history on every project, but understanding all the components of the SUE process and having a solid workflow for the additional data and information 3D contributes makes for a great SUE team and all stakeholders are winners and will be pleased with the outcome!

Matthew J. Wolf is President of ImpulseRadar US. He can be reached at matthew.wolf@impulseradar.se