DURING THE 2018 Super Bowl in Minneapolis, the Minnesota Regional CGA promoted 811 to a city filled with visitors and media from around the world. Minnesota has a reputation for extreme cold weather, and in keeping with this perception, the concept was developed to pass out highly visible 811 trapper hats in the heart of downtown near the Super Bowl Live area. Xcel Energy and Gopher State One Call stepped up immediately to fund the purchase of 2,000 hats. 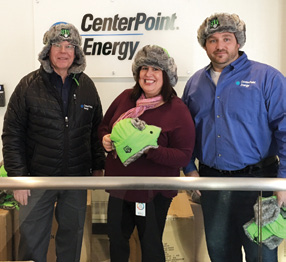 Xcel Energy and CenterPoint Energy are located on opposite corners of the same intersection in downtown Minneapolis, within blocks of Super Bowl Live, providing the perfect spot for high visibility and ease of distribution. Once permission was obtained to hand out the 811 hats in front of the buildings, it was decided the best time to pass out the 811 hats was prior to the outdoor Prince Tribute Concert. The hope was that concertgoers might wear the hats and increase visibility. 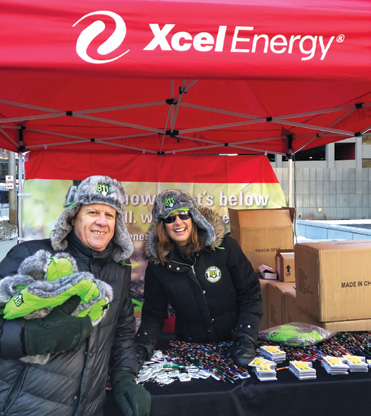 The giveaway was a huge hit! Every person who knew the number to call before digging received a free hat. Of course, volunteers were wearing special versions of the hats with the 811 logo featured prominently up front so everyone eventually got it right. 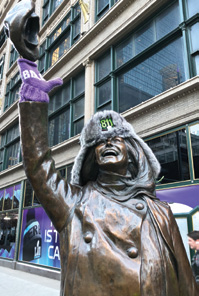 Within two hours, all 2,000 hats were gone. People were actually running to the Xcel Energy tent shouting 811 so they could get a hat! Most volunteers took a proactive approach to putting the hats in the hands of people by taking armfuls or even boxfuls into the Super Bowl Live area and distributing them to media crews, police, firefighters, and even Minnesota Vikings Cheerleaders. Some of the hats were even spied on stage during a performance by Sheila E’s band!

Many of these hats will be worn for years to come and every time someone puts one on, it is an immediate reminder to call 811 before digging.